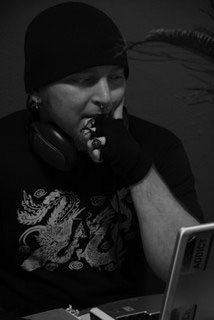 1 – So how’s the weather up there in Alaska? It’s been pretty fucking cold down here.

It’s been hit or miss lately, we had a cold snap that lasted a few weeks where it stayed about -20 ºC but now at least we’re in the positives. Further up north it was falling to -40 ºC with winds. Harsh weather.

Hide indoors, smoke outside away from the electronics, fuck all winter and consume large quantities of whiskey!

3 – So I can’t think of any other musicians from Alaska off the top of my head. What’s good there? Bands, clubs, scene, etc?

It seems like the clubs cater to rap/rock/metal acts primarily. The underage clubs used to host diverse genres, but due to politics and a lack of respect for what they/we had most of the clubs have vanished. All that is really left is the occasional rave. Other great electro acts up here consist of PigFat, Saturn never Sets, Dyschord, MDP and a few odds and ends. The ability to play a gig locally though is pretty limited for the genre unless you know a few people, or you could do the four-on-the-floor rave bit.

4 – So, Alaska is right next to Canada. Now Canada has a fucking awesome electronic music scene, although maybe moreso on the Eastern Side. Do you think that awesomeness leaks over into Alaksa, or is it all a bunch of Sarah Palins who shoot wolves from airplanes?

I’m leaning towards the latter. Seems like in the last ten years electro/industrial fell off the map. Now it’s emo scream and Hot Topic clones.

5 – Ok, so now for the generic question: what is Lucidstatic? How did you come up with the name?

The name is one I came up over a decade ago. I used it originally as a pen name for ‘zines, etc. The idea is understanding the static… Making sense of the randomness of life. I figured it wouldn’t pigeonhole or stereotype so I used it for my first solo project which has taken on a mind all of its own. Now the name fits more than ever.

6 – Your style is a mash-up of a whole bunch of different and crazy electronic styles (breakcore, idm, glitch, noise, etc). What made you want to work with this style of music? How did you get into this kind of stuff?

It began due to the classic missing musician at band practices. I had lent odds and ends to a few projects and nothing ever became of them due to over-production or general lack of drive to put it out for the public. I began fully working with software in about 2003. I became pretty familiar with Reason 1.0 and Fruity Loops. Over time I began using a midi keyboard, attempting to get accustomed/coordinated after years of playing guitar and bass. Slowly the music started gathering a nice balance of live recording to software sequencing.

On the style of music… I love music that has the power to kick you in the balls. I hate the happy pop because it seems like sitcom life where you always think “who lives like that?”. I like something gritty and dirty that doesn’t pull any punches. 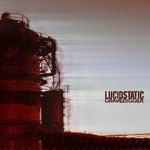 7 – Why did you name your album “Gravedigger”?

The idea for the name came from sifting through old works that had a great basis but poor execution. It felt like I was robbing graves and rearranging the parts… I had two favorite tracks that sadly got cut from the release but I’m going to push for them on the next, “Represent” and “Bad Feeling”. “Bad Feeling”, the original was on my lo-fi debut back in 20005, “Air Filter”, and I still love the drums on it. “Knuckledust” and “Headhunter” had been nothing more than songs of sequenced drums until The Plastic Eulogy and Mono Penguin threw down. Just breathing some new life and letting the dead walk about.

8 – You’ve got a bunch of collaborative tracks on the album. Why do you choose to do collabs, and is this going to be something that you continue on to future releases?

I love collaborations. I, like many others, criticize the hell out of what I do. But I love so many other people’s work that when I got the chance for a label release I was like “jump onboard!”. I’ve been working with Mangadrive, iammynewt and Angel of Violence both for over a year now and I wanted them to get the notice I think they deserve. Me and Mono Penguin had been working on each other’s tracks here and there and collaborating on remixes so, why not, right? Ironworm and downstroyD are two of my close friends in Alaska so that made for some easy collabs due to locale. I came across The Plastic Eulogy and simply loved his sound and talent (i.e., I want to eat his brains) so I wanted to get his take on some drums and the result was “Knuckledust” (which originally was going to have vocals – maybe next time…?). I just enjoy working with people. As long as they’re dedicated, then we can bounce off each other and the results… Goddamn!

9 – Is there another Lucidstatic album in the works? What can we expect?

Right now I’m working on a few projects with other people including finishing work on the upcoming Pandora’s Black Book and Angel of Violence releases. I should be releasing a download from the label of Gravedigger remixes and a net label was interested in some work soooooo… I have a dream-themed album in the works. I think the next full-length disc released by Tympanik will be incredible… You can probably expect some guest slots and more NOISE.

10 – Tell me about the Lucidstatic studio. Hardware/software?

11 – Interesting that you have a circuit-bent ‘speak and math’. Did you bend that yourself? Any plans for more weird noise generating devices?

A friend, Brian bent it and gave it to me as a present. He got me hooked on the circuit-bent and tape destroy genres. New twisted toys? Maybe, I know for a fact I will be tinkering with field-recording gear for some ambience/royalty-free samples .

Try and try again. Sometimes the problem is just the smallest adjustment or one misplaced chord. Learn your equipment and know how to EQ and reduce residual noise. You can make the greatest music never heard by man because the sound quality was so bad. I listen to my work from 2004 and 2005 and, wow… Always try to improve your understanding and never be afraid to ask for advice from other musicians.

13 – So you’ve got another project called Pandora’s Black Book. What’s that one all about? What kind of style, what’s different, when does the album drop, etc?

That would be my melodic meets experimentation project. Anything that falls outside of what I want for lucidstatic, Pandora grabs and revises. The project is much more string/piano oriented but often runs close to sounding like Lucidstatic with some of its grittier tracks. We’ll call it ‘the soft side of the noise’.

14 – What have you been listening to lately?

Stone Temple Pilots, 12 Rounds, Broken Fabiola, ESA, Danzig, G’n’R, some Ministry/Revco, Access To Arasaka of the “Emerging Organisms 2” compilation, Tapage, Larvae, Cubanate and, God, I could go on and on…

I usually have a couple discs on rotation in the bedroom and car stereo and then some on the PC.

I’m a music junkie all around, man. 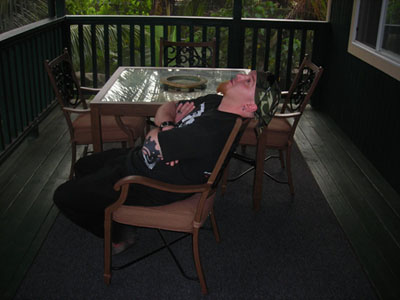 — interview by Dan Barrett, originally published in Wounds Of The Earth (January 2009)