1 – How did you end up meeting each other?

In our underworld’, contacts are quick and easy and between musicians, we always meet again. Stigma and Axonal Warfare, the two projects preceding Neon Cage Experiment, already made their way within the electro-industrial scene during the ’90s. After the split of both groups in 96, it took 8 years for Nicolas to gather with Yoann and start this new project.

2 – What does “Neon Cage Experiment” mean for you?

Quite literally “the neon cage experiment”. Concretely, things are electric, industrial and experimental.

3 – Standing back, how do you see your first record released on Cortex Rec ?

As far as “Oscillations” is concerned, it is not that obvious to consider things in an objective manner. But this album is an integral part of our current works, and so will it be for “Materials and Methods”. Things evolve, things change, things become harsher.

4 – Is there any political dimension to your music?

At first sight, we’d say no. With the exception of “a man” for instance, a track where human rights are quoted. But, we are not committed to any political fight, even if we consider that there are limits not to be transgressed (disposal of democracy, heading towards dictatorship, putting human rights into question, etc). It is an inalienable fundamental; we are all tied to democracy.

5 – Who writes the lyrics in Neon Cage Experiment?

Laurent writes the lyrics, sometimes assisted by Bruno from Normotone, who stepped in the composition of some lyrics in “Material and Methods” and in “Oscillations”.

6 – What is the starting point for a Neon Cage Experiment track?

We start from an idea, a sound, a sample, a movie… Then, the one who had the idea shares it with the others, and it goes back and forth between us to compose an instrumental section. In most cases, we apply the pyramidal technique to produce one minute sound and then we compose the rest by dismantling it; it allows us to refine the track, to make it breathe. KL submits some lyrics and we adjust the instrumental section accordingly.

7 – Is it too early to speak about a third album?

For the moment, we are concentrating on “Material and Methods”. We are working on its European version as it was only released in the USA. There will be new remixes, some stuff we are keen on, but had no opportunity to find any place on the US version. But one can also say that we have some demos ready for a third opus.

8 – How did it go when you met with the American label Vendetta?

It went very well, even if the distance is not always obvious to manage. An historic member of the label contacted us via the net. They were seeking new bands with an electro-industrial old-school-oriented style. While we had just released “Oscillation” on Cortex Records, Vendetta liked it a lot and offered us a contract. It was really nice for us to be in a position to distribute our music on the other continent.

9 – Speaking about cinema and movies, what is your latest slap?

10 – Is there any leader within Neon Cage Experiment?

The answer is ‘no’. We are not fond of any leadership principle: it sounds like “chief” and we all have so many (little) chiefs already ruling our lives, that we don’t need any other. Initiatives and tasks are shared between all members of the group, each one with its own sensibility, senses of taste and skills.

11 – For those who had no opportunity yet to see you, how does Neon Cage Experiment look on-stage?

That’s a good question! It depends; preferably, we use a drum kit (dealt by Nicolas), a sampler, a multi-fx rack (Yoann), plus a singer. The atmosphere can be dark or festive; it depends on the tracks played and on the public itself. For instance, some tracks like “Hell’s darkest chamber” or “Memento” do not appeal to happiness; by reverse, it’s the opposite for “We two are one (biological sisters mix)”, as we could verify during our latest gig, when playing it as a duo with Skoyz.

12 – What do members of Neon cage Experiment have in common? Any least common denominator?

We have a lot in common. First of all, we leave nearby, but most importantly, we share the same true passion for electro-industrial music. Then, our influences may slightly differ sometime (fortunately no?), but we manage to find a good balance.

13 – I believe you all share a true passion for machines. Do you have any hardware you’d recommend?

It depends on what you expect from it, for instance if you want a digital or an analog sound. There are a lot of machines on the market place and sometimes one can get lost and potentially not make the most of a synthesiser or a sampler. We use more and more analogical hardware (Moog Voyager, Alesis Andromeda A6), filters (Sherman2, Ooh La La ships Synth Mangler, KP3 Kaoss Pad) and samplers (Roland SP-404, Roland SP-505).

14 – What is the venue you would dream of playing in?

15 – What question would you find irrelevant?

Political or financial questions. We try, as much as we can, not to mix things up; politics and music are two distinctive matters.

Thanks to you Arco for the interview. Long life to Audiotrauma, and by the way, the excellent remix of Final Vision by Sonic Area will be on the European release of “Material and Methods”. 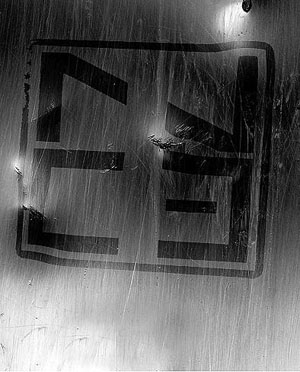