“Then there was silence. And nobody could hear it.
We are a manifestation of alternative electronic dance music, emerging from the bottom of the foodchain and venturing in the broad daylight to spread our beliefs on intensity and drama in altered rythms, howling basses and haunting melodies. Not too happy with the boundaries created by genres and styles, we prefer the abstraction of music in atmosphere and emotion, be it with tsunamis of distortion, rumbling dubbasses, screeching synthtweaking, as long as there is a soul residing in the sound, we will worship it and build altars in its honor.”
— from the else.product website 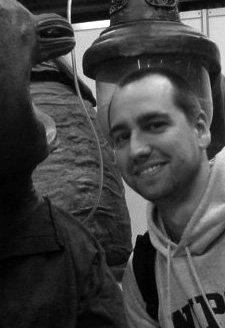 1 – How and why did you come about starting Mindtrick Records?

In the beginning I had no idea how to do it I had some contacts and started mailing them about the first record, they all bought some records and that’s how it started.

Initially I started it to have a central place on which I could release my own music that I was making at that time (Jungle and Breakcore) but as time went on (and also my musical taste) it changed in what it is today, a more musical and more diverse record label.

2 – When you started Mindtrick Records, were there any labels that you could say were a reference/inspiration for your efforts?

I was and am influenced by labels such as Planet-Mu Adnoiseam and Peace Off because they really stood out for me. But as far as variety goes I’ll have to choose for Ad Noiseam they are really doing what they like and aren’t bound to a certain genre which is in my opinion more creative.

3 – Almost mandatory question, how did the name “Mindtrick Records” come about?

The name Mindtrick Records comes from the Jedis, of course: it’s a trick that the Jedi can do to influence another human (or other entity) and make them do whatever they want them to do. The second thing is that every release will stick in your mind which is a trick on itself.

4 – Since the inception of Mindtrick Records, are there any events in the history of the label that you’d consider as particularly relevant, from difficulties and setbacks to successes?

I already promoted partys before I started the label these were local (Rotterdam) jungle parties and somewhat bigger oldschool rave partys.

Mindtrick records had 3 labelnights and all of them were a success. The latest party on the June 11th, 2011, was sold out and was held in Utrecht. There is a compilation video of that party on the Mindtrick website

5 – So far what would you consider as special highlights (or successful) releases and artists in the history of Mindtrick Records?

We were label of the week at the Huw Stepens show on BBC radio 1 in 2009. The best releases were the ones by Sinister Souls and, sales-wise, the Deformer release.

6 – Are there any releases in particular that you would recommend as good ‘introductory material’ to the Mindtrick Records label?

Since the label is very diverse that’s a tricky question but I think that a good start would be The Eerier Child album “Nightmare Concert” and the label compilation “Frequencies Of The Mind”.

Not any big regrets but I would have liked to put out even more music and more music of myself. But as time went on I felt that my music didn’t fit the catalogue and I wasn’t too sure of the quality of the music.

8 – An obvious question, but what is Mindtrick Records’s ‘relationship’ with the Internet? From promotion tool and digital sales to file sharing and piracy, how has it affected you?

Of course the Internet changed a lot of things but, when I started, it was already there so I could have known it. Nowadays it’s harder to release on vinyl but we still believe in the physical music forms. I think I will quit the label when no vinyls are being sold anymore because that was the main thought when I started in 2007.

We are also doing a digital label which started this year and will have four releases before the end of the year.

I really like to whole netlabel scene but there is a lot of crappy music on it too. I prefer the physical form way above these “record labels”; they might have over a hundred releases but who is actually listening to it? I’m just an oldschool thinking guy I guess.

10 – Perspectives for the future, what lies in the horizon for Mindtrick Records? Can you share some long-term goals and where would you like to see the label heading to?

In 2012 we will celebrate our 5th anniversary so we are planning to do some party(s).

And next to this we are having a new 12″ by Semiomime (a.k.a. Dj Hidden) and the long awaited album by Atiq & EnK and three other 12″ so more than enough to keep your mind and ears busy! As far as long term goals go, we hope that we will be able to do this for some time longer.

But we’ll see what happens as long as we can make our plans and dreams come true we will be around.

As crazy as it may sound I’m not really following a lot of music that is related to our catalogue I sometimes stumble onto new artists and ask them to do a release.

I am however a very big fan of the whole “Autonomic” sound at the moment and I am following labels such as Exit, Autonomic and such. I also like to whole future garage thing that is going on with producers such as Synkro and Indigo.

Don’t stop buying music on vinyl but support the artist and the label by buying the real thing. No, we are not trying to get rich but we are trying to continue the vinyl legacy! And if you have interesting music that you want to share with us you can always contact us through the Mindtrick Records website.