“le petit machiniste is a “do it yourself” label. we are not the best, but the funniest!”
– from the Le Petit Machiniste website
The young German label Le Petit Machiniste is a good example that the DIY spirit is alive and well, that musicians – especially those working in underground music genres – can effectively band together, publish good music without the support of big record labels and have a good time while at it! 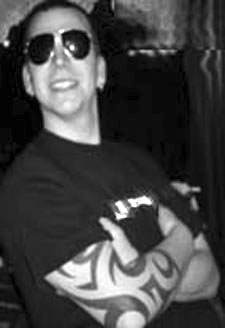 1 – How and why did you come about starting Le Petit Machiniste?

Thats a good question, “why?”. Some friends and I (++99, Stoerfunk, Nin Kuji and myself, 100blumen) did a concert in Düsseldorf. That was in summer 2005 and we thought it would be a good idea to do a free download compilation of our bands. But where should we release it? We should have our own internet page for our support and where we could release the compilation. Then in December 2005 I had some money for a 7″ single and i became the idea of an own label. So we put the compilation on the label page and a month later there was the first physical release, the 100blumen 7″ “Against The Snails”.

2 – When you started Le Petit Machiniste, were there any labels that you could say were a reference/inspiration for your efforts?

Not easy to say. There is the old anarchist punk idea of creating something for yourself and your scene. Not to be only a consumer.

3 – Almost mandatory question, how did the name “Le Petit Machiniste” come about?

4 – Since the inception of Le Petit Machiniste, are there any events in the history of the label that you’d consider as particularly relevant, from difficulties and setbacks to successes?

The concert of the Le Petit Machiniste bands in summer 2005.

5 – So far what would you consider as special highlights (or successful) releases and artists in the history of Le Petit Machiniste?

I am doing only HIGHLIGHTS and the label history is not so long.

6 – Are there any releases in particular that you would recommend as good ‘introductory material’ to the Le Petit Machiniste label?

Everything! But, listen to the “Schlacht Der Monstergiganten” or the “Are You Deaf!” compilation and you know what i mean.

8 – An obvious question, but what is Le Petit Machiniste here’s ‘relationship’ with the Internet? From promotion tool and digital sales to file sharing and piracy, how has it affected you?

Everyone should do what they want to do. But in my opinion, physical releases are the better ones. Le Petit Machiniste tries to do both, physical and internet releases.

10 – Perspectives for the future, what lies in the horizon for Le Petit Machiniste here? Can you share some long-term goals and where would you like to see the label heading to?

I would like to get more and more money to finance the struggle against capitalism. I am just kidding. And it’s a secret. Pssst, don´t tell a word…

Ant-Zen for 100blumen (hi,hi), Audiophob for their ambient work and Brume Records because of Talvekoidik (it’s excellent)

Do your own thing and walk proud!