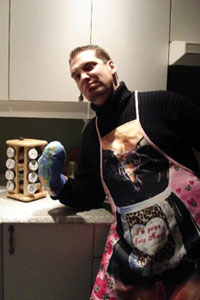 Yann Faussurier is the man behind Iszoloscope, a music project started in the late 90s and most notably on the German label Ant-Zen. He has toured extensively, including headlining highly respected electronic music festivals such as Maschinenfest. It’s been a couple of years since the last Iszoloscope album, “The Audient Void,” so CB decided to check in on Yann and find out where he’s been hiding. 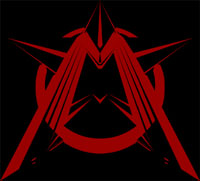 C.B. – In addition to your glam rock/polka project, Iszoloscope, you are involved with another project, Memmaker. Can you tell us more about it?

It’s awesome! In fact, chances are that your mind might just go supernova listening to it (disclaimer: your mind has to be a massive star at the threshold of undergoing a sudden gravitational collapse in order to go supernova while listening to Memmaker)! Think of it as a sci-fi theme oriented electro-industrial project that flirts with a multitude of dance floor electronic music styles with intensity and Orwellian robot politics in mind.

C.B. – How did your collaboration with Memmaker come about and what is your role in the project?

Memmaker has been part of Montreal’s live industrial music landscape for well over 3 years now but without gaining any of the respect I thought it deserved. The project was manned by G. Nadon (from Mentat fame), and even though his compositions were truly outstanding, the production value and focus needed a kick in the balls. Last year, he gave me a Memmaker CD-R and I thought to myself, “Holy crap this is so awesome! But where’s the bass and why does it sound so unfinished?” So that’s when I got involved (enter: my foot and his balls). I found the paradox between production and composition very frustrating, so much so that I convinced him to let me get involved as the project’s producer. Memmaker’s sound was significantly different from Iszoloscope’s so I had to learn a battery of production techniques to give it the edge we were looking for. The process was long and tedious but oh so worth it! Honestly, convincing wasn’t hard, we were both so hyped and got each other so pumped up about it that we ended up spending the following months in my lame-ass studio redoing every single track from the ground up.

C.B. – How have your shows with Memmaker been received by audiences?

Outstandingly well! Since we’ve performed as a duo at the COMA4 festival in Montreal last spring, interest in Memmaker exploded! The crowd went NUTS during our set! The 50 CD-Rs we had prepared for the occasion sold out in hours (we seriously weren’t expecting to sell even half). Since then, every Memmaker show has been a success – we get regular play time in Montreal night clubs and we haven’t even released our first full-length album yet (which shouldn’t be too long now). 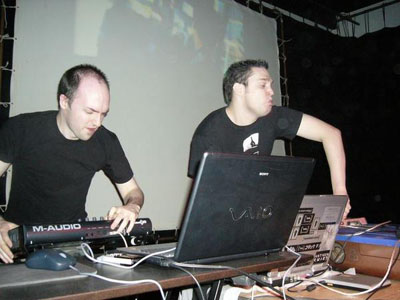 C.B. – Why has it been so quiet on the Iszoloscope front since your last album, “The Audient Void”?

Last year I was busy with a collaboration with Ah Cama-Sotz and this year I spent working on Memmaker while experimenting with new production techniques. I needed a break anyway to come up with original ideas. Finding a balance to avoid redundancy and sustaining a coherent artistic direction is very hard. I didn’t want to make a second “The Audient Void” album and that’s where I was heading. No matter how hard I would’ve worked on it, it wouldn’t be as good nor as interesting as the original; it would’ve been the same trick without the exhilaration or novelty I had doing it the first time. I need to explore and discover things to make the experience interesting for myself and thus also make it interesting to the listener. Though on that note, some new Iszoloscope material has been on the drawing board as of this fall with my new-found production techniques and band mate (since G. Nadon and I worked so well with Memmaker, we’ve decided to also work together with Iszoloscope).

C.B. – Which single non-musical entity plays a significant role in the influence or direction of your music?

I’m torn between the void I touch when I consume psychedelic drugs and Kevin Bacon in the movie “Footloose.”

C.B. – Regardless of genre, time and history, which artist you would like to work with and why?

I would feel like a total anachronism anywhere else in time. My dream artistic collaboration would be with any decent contemporary film or video game director working on a convincing horror project that needs a good soundtrack.

C.B. – What can fans expect to hear from you next?

C.B. – What would chairs look like if your knees bent the opposite way? 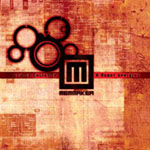 C.B. – We’d like to thank you for your time. Do you have any final comments or requests?

Thanks, and I would like to take this opportunity to make sure that the word gets out: as of August 10th 2007, someone actually shat themselves during one of my live sets! I have plenty of witnesses.