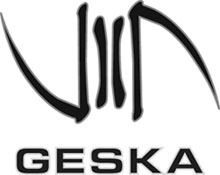 “An alternative music label offering the nobility of Art (visual and musical) combined with the sensuality of cultural shock between the continents.
GESKA Records is, in fact, the alliance of eternal music mingled with the body movements of those half-dressed souls still able to inspire the spiritual grace of great civilizations and all the sensual delight of our modernity.
Art has found its first sense… Symbiosis of lyricism, of music and gesture; offering in all their magnificence, a strong visual and sensual sense under a single name: GESKA RECORDS”
– from the Geska Records website 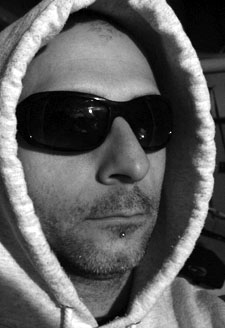 1 – How and why did you come about starting Geska Records?

Thanks for the interview. Back in 1998, I created a production company (Oktobar Productions) that was promoting any of the art manifestations we could find.and over the years, our web presence (www.oktobar.com) made it possible to share common interests with a lot of people from America, Europe and Asia. After few discussions, and numerous demos sent to us for evaluation and promotion, I have decided to bring a record label to life.

So, I started this project out of my love for music… and to begin another adventure under a record company. But the main reason for starting GESKA was to release our own music that we like and fully believe in 100% in all its forms.

2 – When you started Geska Records, were there any labels that you could say were a reference/inspiration for your efforts?

Yes. I had my eyes on Ant-Zen / Hymen for a while. To me, they were the leaders music and design wise. They were offering more that just audio releases. We could feel the reflective work and the ideas they wanted to share. And coming from the Metal scene of the 80’s, when the LPs were the ‘ideal support’, the intensity of the packaging and the element of mystical fantasy always meant a great deal to me. This might sound a bit funny but I still hold dearly some Iron Maiden, The Cult, The Sisters of Mercy and The Fields of the Nephilim records. Last but not least: 4AD for all the right reasons! I have found that most of their releases combined the sensuality of cultural shock between the continents. In fact, they were promoting music inspired by the grace of great civilizations and all the sensual delight of our modernity.

3 – Almost mandatory question, how did the name “Geska Records” come about?

GESKA was created by using the ideas behind the famous GESTALT (the famous German form theory) combined with one of the Egyptian spiritual components known as KA. Luckily we were able to end up with very feminine name (mostly found in Scandinavia!!) that inspires sensuality as well as virility… A bit like the amazons or the valkyries would do!

And the logo originates from our desire to bring together the West and the East while adding a little of the archetypal elements too. The result is a strong symbol that enables us to expose the essence of a bigger manifestation.

GESKA is a spiritual essence brought to life. Made tangible to our senses!

4 – Since the inception of Geska Records, are there any events in the history of the label that you’d consider as particularly relevant, from difficulties and setbacks to successes?

The worst aspect of a label’s life is mainly distribution and it will always be. When I started building up the label, I felt a bit like being stuck on an island and these days are over now finally – and it feels good to know that this is part of our heritage. It makes sure you appreciate the fruit of your labour.

Another point would be collaborating with Ragedivision to help and maintain the scene in our province of Quebec. Ragedivision has been behind a lot of events and working with the director has always been intense and a lot of fun. Without local players, it’s simply the end of the scene. Luckily we have been around with them and we were able to build something decent and a good reputation thanks to our constant presence.

5 – So far what would you consider as special highlight (or successful) releases and artists in the history of Geska Records?

I am still convinced that each release was a step forward. But deep in my heart, I would say Stendeck is the ‘figure de proue’. Since his first release, Geska has evolved very fast. With him came the connection between America and Europe I was hoping for. People who saw him play live for the first time during the electro-noise festival C.O.M.A in Montreal discovered the meaning of emotional electronic music and how a live performance by a single musician can generate an unforgettable impact. Pointless to mention: his second release ‘faces’ was anticipated with passion by many fans. So far, the feedbacks for this release are amazing!

6 – Are there any releases in particular that you would recommend as good ‘introductory material’ to the Geska Records label?

I would suggest all of our Compilations (A.L.P.H.A. ; Sonic Visions ; The Other Side, Zombie Commandos : Sonic Assault) because they are exactly what I had in mind when I created the label: Think – Feel – Open up to something bigger. Each compilation explores an aspect of our individuality while sending questions to the different aspects of our lives in community. They carry artists that became friends over the years, which is very important to me. They are like the true legacy of our passage on Earth.

The only regret I can see is putting my trust in ‘foreign interests’. I had faith for a while in some souls, some active players in few countries but it was hard to discover that many of them ended up taking my money and not doing anything for the label. Well, we learn constantly and now I am more diligent. There is no improvisation when it comes to making deals with collaborators. I would not probably change anything even if by moments I felt so betrayed.

I always keep in mind: good skin is not build in a day!

8 – An obvious question, but what is Geska Records’s ‘relationship’ with the Internet? From promotion tool and digital sales to file sharing and piracy, how has it affected you?

Our initial business plan was expecting a lot from the internet. To be honest, it delivered a great deal of positives inputs / outputs and feedbacks. We are saving daily via the web promotion and mailing lists. We accept orders from all around the world. We even manage our projects on a day to day base without any extra cost. We offer the listeners audio samples they can enjoy 24/7. Digital sales are getting popular too and thanks to our current distributor (Storming The Base), our presence is felt everywhere. The only sectors that are out of our control: Russia and China. Illegally they can put your full releases on the web within 1-3 weeks and collect the sales. That is very scary and there is not much we can do.

Music is about sharing so let’s make the best of it. But with respect I say.

This situation makes me sad even if I really like the idea of self-released music without the extra cost related to packaging. Like I said earlier: Art is about sharing! But I have the feeling that this invisible support has generated a situation where people take it for granted, a bit like the air they breathe daily. Kids are now pumping their computers with GB of ‘stolen music’ and that I really hate. I cannot stand the idea of defining oneself by having the biggest collection and now having a clue about the rights and the work behind any production.

Another aspect of this evolution that worries me: the audio quality. Take for example the MP3 as the new way to listen to music. So why bother spending/wasting time and money for great audio quality when it will be experienced with cheap computer speakers and those white headphones (total value = $5.00) we see everywhere. When I think about the Internet, I think about light files, quick downloads and files sharing: A deadly combination for someone who wants to garnish his decent discotheque. Maybe I am from the old school and worries too much.

But I comfort myself with this positive aspect: being able to contact a label or the artist directly via emails.

10 – Perspectives for the future, what lies in the horizon for Geska Records? Can you share some long-term goals and where would you like to see the label heading to?

To keep pushing and helping our bands get more CD’s released, and gigs and provide the support they deserve.

For 2008-2009, to name few things:
We are not stopping… We are diversified in the sense we are exploring quite all the sides of the Alternative concept (Ambient, Harsh, Ritualistic, Industrial, Experimental) We just love to explore so keep an eye on .k.o.r.p.s. .k.o.r.p.s. stands for .Karmic.Ornaments.Reflecting.Perfection.Syndrome. we are 2 Members: SAGANA_SQUALE & mD : releasing great paraphernalia and working on the NBA (Noise Benefit Association).
With LommeLoir, my own project, I will release few albums (mostly CD-Rs) in connection to the few events and projects I will participate to.

I am still impressed by Hymen, who delivers great contemporary music with a gentle vision. I truly love Ad Noiseam, even if some releases I don’t appreciate that much. Nicolas is a great guy and its fun doing business with him. In France, Parametric, Brume and Divine comedy are great labels. I enjoy what they release every single time. I will throw few names here since their CDs are always on my top 5 : Enduser, Ab Ovo, Bong-Ra, Displacer, S:Cage. One last addition to be experienced live : Pneumatic Detach.

Thank you for your interest. Thanks for reading!

Look out for more Geska releases in the very near future. Check the website for details!

All the best to you and Connexion Bizarre.