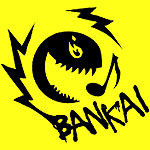 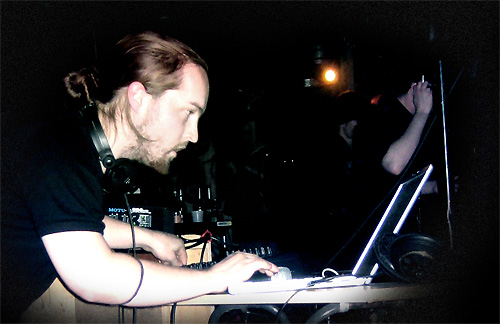 Bankai is a relatively new name in electro music circles, but he is making quite an impact by making breakcore-tinged electro madness which samples delights from the film “Labyrinth”, through to “Teenage Mutant Ninja Turtles”, self-distributing his music for free, and having fans of his music completely finance a tour of Canada. We got the chance to ask Will Dayble his thoughts on the record industry, and just what exactly Bankai means.

To begin with, what made you go with the name of Bankai? Having researched the term in some dubious places online, it would be nice to get the official line on that one!

How did you get in to creating electro music? Is this something you’ve always been in to?

Electro, specifically, or music, generally? I’ve been playing music of various kinds since before I could walk. I was in a punk/metal band for about a decade… but electro specifically is quite new to me; well, producing is, at least. I’m still a total noob, I’ve been doing that since early 2009-ish.

From the beginning you’ve allowed your music to be downloaded for free (under a creative commons license) from your website (bankai.fm) was there any specific reason for doing that?

It just seems the done thing, I suppose. I can’t think of music as a commodity; that cheapens it somehow. I haven’t figured out how I feel about the whole thing, but I’m pretty sure that demanding nothing from listeners makes their involvement and support even more satisfying. It feels honest.

Your music has quite a bit of 80’s influence going on (samples of “Labyrinth”, and “Teenage Mutant Ninja Turtles” to name just a couple). Is this on purpose, or just bringing fond memories from your childhood in to your music?

Hahaha! I think I’m more of a 90s kid than an 80s kid, honestly. I own a skateboard and I often wonder what Richard Dean Anderson would do. I guess with the remixes, it was kinda like realising you can eat bacon any time you want. I’m just being indulgent. The TMNT remix took about a day to make, it’s just fun.

Recently you managed to go on a tour of Canada completely sourced by fans of your music. How did all this begin?

A bunch of users of thesixtyone.com (which has changed quite dramatically since) figured out they could fly me over if they got enough friends to pitch in money for a plane ticket. It snowballed from there. I am amazed as anyone else it actually happened. The internet is sometimes quite awesome.

You’ve actually used the internet in a very positive way by giving fans the control to get you to play in their clubs, and spending their money as they see fit. Is this something you think the record industry should embrace? I mean that in letting the fans control what they want, how they want it and where?

I think it’s kinda funny people talk about “the music industry” as something almost like a sentient creature, with the ability to live and die. “Torrents are killing the music industry!”, etc. Which part of it is living or dying? The same bit that got killed by VHS?

What the hell IS the music industry anyway? Is it the mechanism between artist and listener? If so, my ‘music industry’ is a very different beast from the accepted caricature. It’s an intimate, personal creature. It doesn’t understand geography and doesn’t seem to focus on money much. Is it going to fling rocks at its larger brother, v. Goliath style? I doubt it. I’m also still not convinced it exists at all. The methods we’re playing with of filtering signal from the noise on the internet is very interesting at the moment. These very immediate connections between people who create stuff and people who consume, or re-create, is very cool. That said, I still have my day job, I’m far from figuring out how the whole thing works, but I do think that people should be free to make the art they want, on the terms they want.

I speak of the record industry in the most basic form (record labels, buying CDs from stores etc) knowing full well that this has now changed quite a lot with the internet and the way artists choose to distribute their music, not necessarily needing a record label to get their music out there. The way you’ve chosen to distribute your music is pretty inspired to me as most artists I know of still have a record label supporting them even whilst they are doing their own thing. 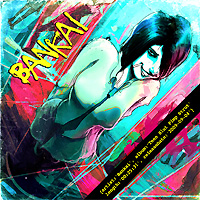 Sorry, I’m being difficult. Words like “most” and “all” are loaded words. Most artists I know are nowhere near a record contract. I was that self-important idealist punk arsehole with the indie record label, releasing screamo EPs, changing the world. Nowadays… I don’t know, I’m playing. It’s fun. David Thorne’s right – the internet is a playground.

Personally, the net is a big part in humanity’s development. So it’s a game changer, but how? Like crossbows or the printing press? It’s still a baby! I think some of us owe it to this infant interwebs to play games with it, nurture it, see what’s possible.

Are you planning on doing ‘crowd-sourced’ tours elsewhere?

I would like to. Some people have been putting up “Bring Bankai to X” type facebook pages for various other countries quite, if one of them shows enough support it’ll probably happen again, yes. :)

Could you give any advice to other artists on touring in the way you’ve done it?

Haha! I don’t really feel I’ve the authority to give advice, I’m still a noob at this. I got lucky… I guess working hard and being honest helps. Treating the people who consume whatever art you create as equals seems to work well too.

What’s next on your agenda? Any new releases and tours we should be looking forward to?

I’ve been recording with a guy by the name of Dane Hunnerup, aka. DJ Kashishi; Dane’s a really talented vocalist/percussionist/DJ, we’re hoping to bring some tuvan throat singing + live instrumentation type stuff to a dubstep-ish EP.

I’m halfway through hacking a powerglove to send midi commands via Bluetooth, which should make live stuff more interesting. At some point I plan to learn how to actually produce. :)

I’m not sure if you’ve heard of Tim Exile, but I saw him live once and he had a joystick attached to his crotch and I think he was wearing a Viking helmet…not that that had anything to do with the technology – it just looked cool! Anyways the joystick was attached to something that was glitching out his vocals, it was really quite something – is this similar to what you want to do with the Powerglove?

I don’t think I’ll be as crotch-centric as Mr. Exile. That said… the live stuff came from being uncomfortable with knobs!

Mixing desks are boring; I need strings to break and mics to scream at. I can’t help but feel really trapped behind a mixing console or a laptop. It seems you can plug in pretty much anything into Ableton Live and make it do stuff.

It’s a compactness thing too. After the last tour I decided “only carry-on luggage from now on”. I can fit a laptop, iPhone, Wiimote, Powerglove, microphone and Korg Nano all in a laptop bag and ride my bike to a gig. After years of dragging giant Marshall amps around, that’s awesome.

You mentioned iPhone – are there any particular apps that you use? I mention this as Jason Forrest/DJ Donna Summer helped create Star6 and I’ve seen this used live to amazing effect…

I use LiveControl, which sends OSC data to Ableton Live. (livecontrol.q3f.org). Bit weird to install first time round, but a really excellent interface. 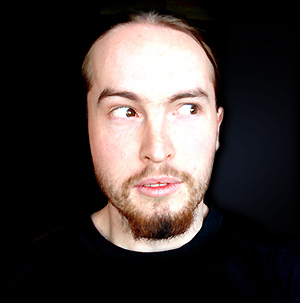