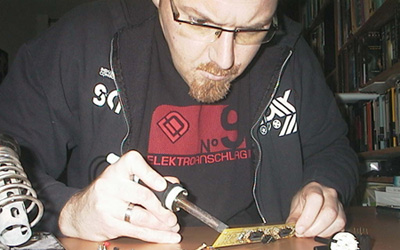 The setup you need to DIY is actually not to complex or expensive, though it will set you back a few bucks (read: euro or dollar). You can go as far as you want with expensive equipment, but the whole thing of DIY for me is to keep it as simple and cheap as possible. The fact it works is way more important that what you invest to get there. 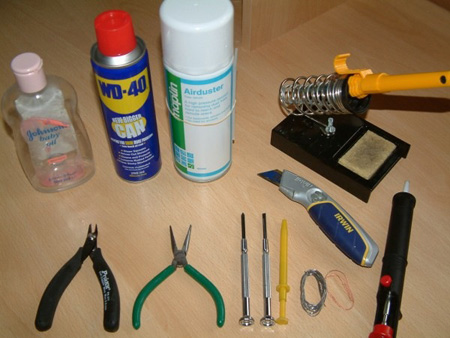 Your setup will have to have at least the following items:
– A soldering iron;
– A desoldering pump, better known as a solder sucker;
– Solder (duh!);
– Pliers to bend;
– Pliers to cut and
– A voltmeter which also does current and resistance;

This above list is the absolute minimum and even though you thing you can save the ten bucks on the voltmeter, you will be happy to have it when you need to know the voltages because something isn’t working. Furthermore choose for small pliers, and not the one you also use for the engine of your car. It might be obvious to you, but I’ve seen pictures on the interweb that prove there are still people who don’t understand the words “miniature” or “carefulness”.

There are also a few “neat to have” next to these before mentioned “need to have” items and those include:
– A stand for your soldering iron and
– A so-called ‘third hand’. 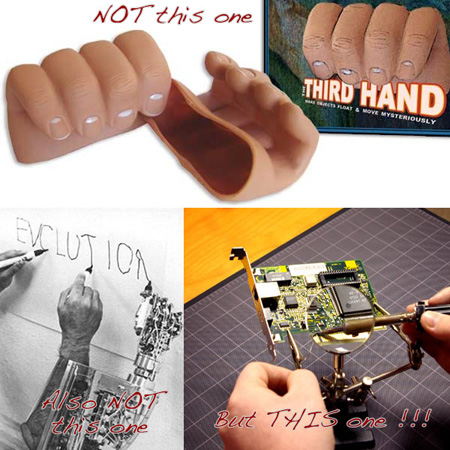 This latter is a thingy in which you can clamp a PCB (Printed Circuit Board) so it’s above your working area and you still have two hands free to work.

Finally there is a category which I find kind of hard to describe. And there too you can get financially set back as far as you want. It is the category ‘tools you need if you want to experiment’ and I’m aiming at the breadboard. Mostly a piece of plastic with metal channels in there in which you can stick electronic parts. You can try-out different ideas or calculations of parts before finalizing them into your project.

And that is about it. Not too much I think, is it? My local electronic parts dealer had an “all in one” deal for €15 which held all items but the voltmeter. I picked mine up for €9,95 (tax included) at the same store, so it doesn’t have to set you back gazillions, unless you really want it. 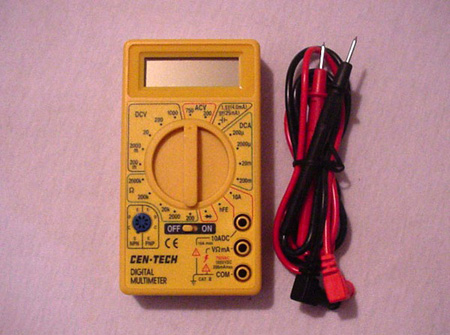 Instead of a voltmeter you could also get an oscilloscope (but there are free downloads for software versions also) or stuff like that. Need? No. Nice? Probably. I don’t have one and I definitely don’t see the added value at the point where I am now. If it’s your work, yes, but then buying one will probably be tax-deductible too ;-)

I’ll repeat in short what you should be having at this point in time:
– The tools described in these writing;
– The inner drive to try things out;
– The willingness to learn about electronics;
– The capability to learn from mistakes and
– Loads of patience, because I’ve reached my 500 words and you’ll have to wait until next time.