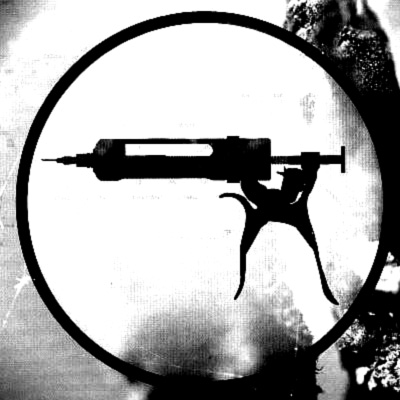 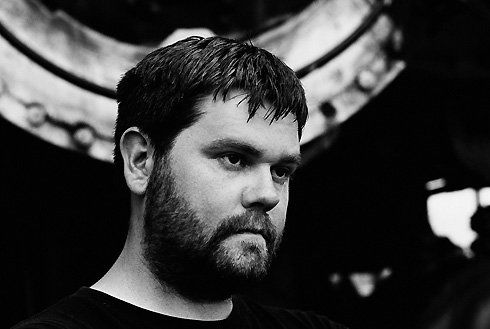 Torrent Vaccine is an electronic solo operation out of Baton Rouge, Louisiana, brought to life by Brad Vaccine after moving there in 1998. Growing up in rural Louisiana, Brad was continuously searching for ways to pass the time – this eventually led to an interest in music and writing his own was a natural progression. Without committing to a defined style, Torrent Vaccine has left room to expand into different scenes while still maintaining the idea of ‘industrial’ music and his individualism.

First things first, How are you?

Things are pretty good. I’m working on a new album, a few remixes, and I’m also gearing up for two side EPs so this year should be nice and chaotic. How are you?

Right off the bat, growing up around New Orleans, with a vibrant music scene, and even some of your influences grow up there, do you think that made an impact on your life and how you view music?

I wouldn’t say that it has affected the way I view music but the city has definitely impacted my life. My view on music is mostly affected by how my friends and I interact with it socially. The music that I produce is much more personal and seems to be more influenced by my day-to-day experiences.

Can you say what you felt was different/unique in each of your releases?

Everything before “Tentative Response” was basically part of a learning curve that led to the production of that album. My first two EPs are much more experimental and they were demos that I used to figure out which direction I wanted to take the project in. “rEmiXUDE” was created out of a remix contest we held and we offered the EP as a free download at Bit Riot Records. The “Focus” EP was a combination of artists that I’ve worked with in the past as well as artists that I met through “rEmiXUDE”.

I use a laptop with Ableton Live supported by a midi controller, a Roland SP 808, a Waldorf Micro Q, and a Roland JP 8080 for my live setup. I also use that gear in my studio with the addition of a Roland Fantom, Cakewalk and Propellarhead software and an assortment of older keyboards like the Ensoniq VFX sd. I do use a collection of soft synths but I’ll admit that it’s starting to feel a bit boring. I’ve been digging through my home, collecting everything that is electronic and that makes some sort of sound. It’s definitely entertaining and even a little absurd at times. I’m going to try to represent those items in some way on the new album. 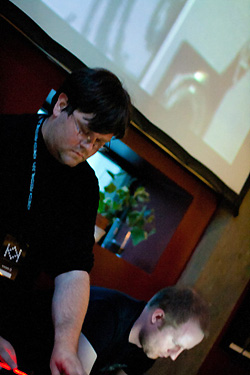 You have said in other interviews that you were handed a cassette of “The Downward Spiral”, and ventured from there. Having enjoyed highly your show at Kinetik Festival as synnack/vaccine with great visuals – has there been any visuals or album cover art that really stood out for you?

The MBM crew has really nailed down the audio/video experience by inserting the actual audio of the video clips into the performance.

I’ve always been a fan of album artwork and to me its one of the downsides of digital distribution. Yeah, you can look at the images in high-resolution on your computer but you don’t have to. It’s much more personal to look at the cover of a CD case as you open it. Then absorb the images of the booklet as you listen to the music and maybe pass it over to someone else to check it out. There are tons of albums with great artwork but the one that has stuck with me is Skinny Puppy “Back and Forth vol. 3 & 4” by Dave McKean.

Mentioning synnack/vaccine, working on projects with other artists, has it that helped with your approach towards music? and how?

It has in many ways. In the past, I always wrote the music first and then I would adapt it for live performance. Now when i write i’m always thinking of ways to make it more interactive during live performance. The Synnack / Vaccine shows are a big reason for that.

Is there any artists you would like to work with?

I actually don’t think about working with other artist that I don’t already know. Most of the Artist I do work with I’ve known for awhile either personally or through online correspondence. At the end of the day, it’s much more important to work with people that know how to handle each others bullshit.

You’re also are a resident DJ. Between djing and playing live, what are the similarities and differences for you?

It’s only similar in the way that I always try to provide a unique listening experience. With DJ’ing, most of my focus is on new music or songs that may not be in club rotation but spark an interest in the people attending, or at least that’s the plan. I also drink lots of alcohol during each set so that’s two similarities. DJ’ing an event or club night is always a blast but it doesn’t come close to the level of excitement i get from presenting a crowd with my own material. That’s something that can’t be compared or duplicated.

How did did things come together to get signed on to Bit Riot?

I met Eric when I did a remix for PTI on WTii records and we kept in touch over the years here and there. At the time, I was planning my own label of sorts so I would pick his brain about Bit Riot from time to time. Bit Riot has a pretty impressive collection of talent and I urge everyone to go check out their artist roster. Then, go to www.bitriotmerch.com and buy a whole bunch of Torrent Vaccine merchandise, too much?

Finally, what are your final words and a chance at a open soapbox?

We launched a new website a few months ago at www.torrentvaccine.com so go check it out when you have some time or dig me up on Facebook or Twitter.

Thanks for having me, C.B. is a great site.