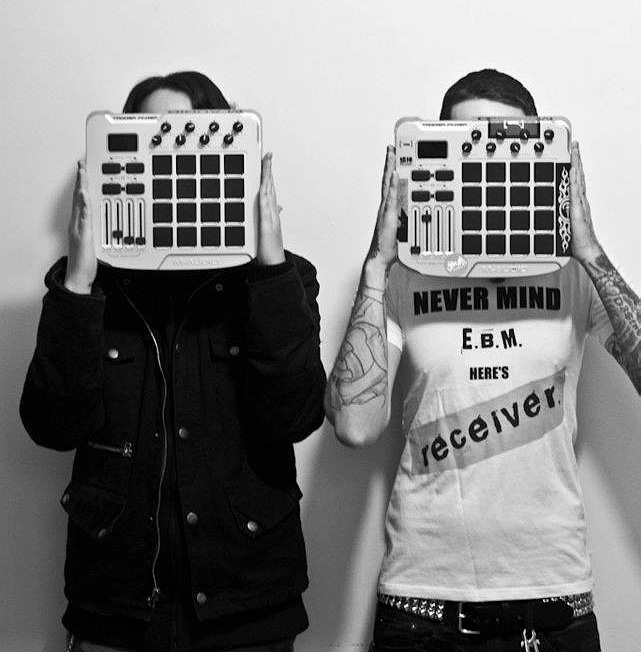 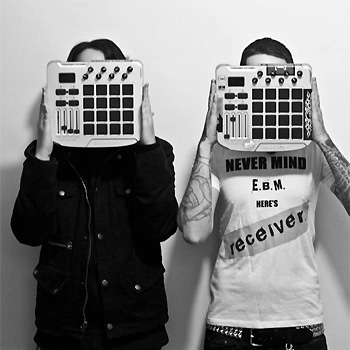 Let’s start this interview, with an easy one. How are you doing?

I am doing pretty well, going to be quite busy in the next few months with new albums.

How does Receiver differ from your early beginnings as Floppy Disk?

When i started Floppy Disk is was not a serious project at all. I did alot of breakcore with a lot of stupid samples, all tracks were kind of jokes, it wasn’t until I did the remix for TERRORFAKT that i decided to get serious about what I was doing. receiver. took on a more serious tone with “a threat to the law” almost a political tone of sorts. The music also became more streamlined and less confusing, trying to focus on one style rather than one hundred styles simultaneously.

Through the years, what and how do you think has improved with receiver.?

Mainly I have become more aware of how to write a song that doesn’t get boring too fast (or at least i hope so…). Also the sounds of receiver. have become much more mature and more oriented than when I started ten years ago. Also getting a lot of tips from more established artists has helped a lot!

The Renaissance festival is the debut of a new side project of yours, Tokenkopf Inc. How is it departing from receiver.?

With Totenkopf Inc., I went with a more minimal 4/4 sound, got rid of the synthesizers and breaks for more noise sounds and heavier dancier beats. The songs themselves are more fixed on violent themes as compared to receiver.’s more political and spiritual themes.

How did you come to work with names like Hypnoskull, Caustic and W.a.s.t.e?

Well, with Caustic, I started talking to him on MySpace and somehow convinced him to do a remix for the receiver. debut album “Pinks Revenge”. From there we just kept working together with me doing a handful of remixes for him.

With Hypnoskull, I have been talking to him for a few years now. He has always been helpful giving me tips on how to go about music and just do what you feel is right and not what others will think of it. We met at Kinetik a few years ago and got talking about remixes and collaborations, the first one we have done is a remix for Totenkopf Inc. – Architect. Tere will be many more to come I am sure of that.

And with W.A.S.T.E., it was pretty much the same story. Just got to know each other and decided to start working together, I did a few remixes for them, one ended up on “A Silent Mantra Of Rage.” Shane from W.A.S.T.E. also ended up doing a Vuxnut remix for “A Threat To The Law.”

There’s a mention of a box set coming out next year, Can you tell us about it?

Ah yes, the box set! it will kind of be a “thank you” for the past 10 years. It will be 4 cds:
– CD 1 will be a brand new receiver. album, full of new never heard songs
– CD 2 will be the Totenkopf Inc. debut album with remixes by Hypnoskull, Cenotype, Terrorfakt and more!
– CD 3 is the “Fear Of Dancing” album I released a few years ago as a bonus disc to the “Earthquake” album.
– CD 4 is the debut album of a new side project called Elseworld. It is currently available for free download on www.soundcloud.com/tki-noise but will probably have 2 extra tracks on it!

Also, if you pre-order the album you get an extra 2 CDs, and if you are one of the lucky 10 people to grab it first, there is an extra 2 cds (which are both live sets from Renaissance festival). All this for only 25$! Coming out April 2012!

The receiver t-shirt is a play on The Sex Pistol’s “Never Mind the Bollocks”. Why did you choose this play on esthetic for your shirts?

Well, The Sex Pistols are one of my favorite bands, and I chose the phrase “never mind E.B.M. here’s receiver.” because I am a huge noise head, and most E.B.M. to me all sounds the same and got very boring very fast (there is still a few bands I listen to, but that’s a secret!).

If receiver was a crayon, what color would it be and what would be its name?

To finish off the interview, I’ll give you an open soap box, what are your final statements?

I’d just like to say thank you so much for doing this! It was fun, and thank you everyone else for supporting me for the past 10 years. I do this for fun and don’t ever want that to change. As long as a few people still enjoy what I make I will continue to do this.

— interview by Kathleen Chausse with photo by Geoffrey Smith (December 2011)