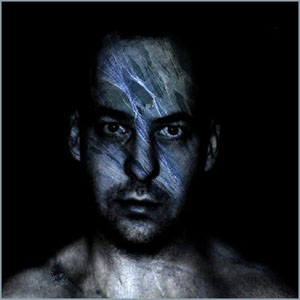 In his second LP, Mind Necrosis factor combines acoustic elements and piercing rhythms, tribal cries and post-industrial atmospheres. More than genesis of a new shape, this album traces the emergence of a mind, from the obscurity of the first moments to the cessation of pain. It invites the listener to look beyond the flesh and to feel the breath of the hidden self.

1 – Would you mind a brief retrospective of your evolution? How did you start Mind Necrosis Factor?

I started playing music while I was young, taking piano lessons. Along the years, with a growing passion for classical music, I started classical piano.

Then, during my teenage years, while carrying on with the piano, I also started the electric guitar, leading me to play with several metal groups. Main influences of such groups were Sepultura, Ministry and Fear Factory. But quite rapidly, I went back to the instrument I discovered music with: the synthesiser. Then, I joined during several years a group with a style rather close to Paradise Lost. This first significant experience helped me discover the live acts’ universe, but also confront myself with albums’ production.

Well, like many others, I had to leave my birth area to undertake some studies. And this is precisely this uprooting that gave birth to MIND NECROSIS FACTOR. Within this new environment, I decided to return to electronic music. It was possible for me to play solo, but also to take benefit from sleepless nights: to compose “silently”. With two of my friends, we started producing compilations made up with our various compositions. Compilations where the very first MIND NECROSIS FACTOR tracks found their place. When my music gained in maturity and control, I joined the Label AUDIOTRAUMA, which was recently created by some friends from by birth place. This is how “Entropy” came to birth in 2005. This first album was the outcome of more than four years dedicated to Mind Necrosis Factor. 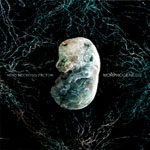 2 – What are the themes developed in “Morphogenesis”?

“Morphogenesis” means genesis, the birth of a new shape. This term is used in biology to describe the setting-up of any organism’s structure. Morphogenesis is a key interesting step as it tackles both, the order appearance, and the creation of meaning issues. At the end of his life, Alan Turing, the father of modern computing, suggested mathematic models that were close to describe this self-organisation of the living. In “Morphogenesis”, I wanted to recreate this movement from chaos to form, while attempting to shape, and to merge scattered and varied elements within a cohesive structure. Along the time of a dream, this album proposes a journey across various cultures and ages. The singings used are coming from every corner of the world, from Minor Asian religious singings to Balinese tribal screams. The acoustic instruments like piano and classical guitar flirt with noisy patches and distorted rhythms.

Even if “Morphogenesis” is not a concept-album as to say, it is an invitation to follow the birth and the evolution of an entity that could be considered as a human being or a civilization. The album starts with “Obskur”, a track that describes the path from nothingness and darkness to the first instants of existence. It ends with “Dukkha”, one of the pivotal principles of Buddhism, principle related to the pain and the suffering inherent to life. The end of “Dukkha” means the death of the entity, at least under its physical form.

3 – Can one say that “Morphogenesis” is more optimistic as compared to your former album?

I’m not quite sure that a comparison between “Entropy” and “Morphogenesis” should be placed under such angle. It is obvious that in this new album, shades are warmer and acoustic instruments more present. But I believe that the main difference is to be found in composing.

In “Entropy”, I wanted to deconstruct classical music schemes that I learned. This is why I called it “Entropy” because entropy makes it possible to measure a system’s degree of disorder. Conversely, in “Morphogenesis”, I followed a reversed path. I’ve attempted to give birth to a cohesive form, starting from varied elements.

4 – Can you tell us more about your recording sessions?

Generally, I start by choosing an initial sample that imprints the overall mood of the track. Then, while respecting this sample’s tone and rhythm, I compose several tracks. The next step consists in selecting the tracks that best fit together, with objective to create sub-elements that will produce the various movements of the overall track. A bit like a movie score. Then I work on the track’s structure itself, by defining the various movements’ order and sequences. Finally, I finish by the arrangements’ and transitions’ last details. The very last step, quite frequently painful, is mixing and mastering.

For the first time, in this album, I’ve requested a friend I was collaborating with, to record a ‘real’ acoustic instrument on the track “Sombras”. At this time, I was working on a track, attempting with some difficulty to mix classical guitar samples with industrial atmospheres. I then realized I had a talented guitar player with a fascinating flamenco repertoire, in my personal circle. Even if he was coming from a different musical background, he accepted collaborating on this track. The composition of “Sombras” took more than a year, the time for us to apprehends each other’s music. The connection between our mutual universes came slowly, until a track mutually suiting us, took form. While producing this track, I learned a lot about the difficulties but also richness of such a collaborative work, where two different musical universes meet. I am really glad this track came out. 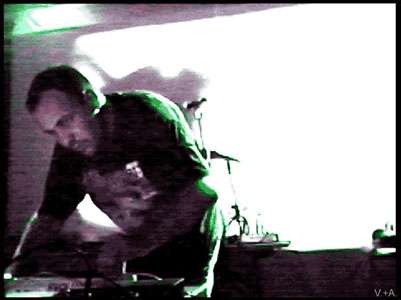 5 – Can you tell us why there are no remixes in your albums? However, I believe that quite a bunch of people would be interested…

I am absolutely not resistant to remixes, on the contrary. It is true that I like my albums to reflect my own universe, this is why I’m involved in the whole process up to mastering and producing the sleeve artwork. I would have loved taking part to zNo remix album for instance, but our respective agendas did not allow us enough time. I have in mind the production of a remix album or EP covering the last Mind Necrosis Factor tracks. But for the time being, this project is only at embryonic stage.

6 – Can you tell us more about your collaboration with Kenji Siratori?

A year and half ago, I’ve been contacted by Kenji Siratori (like many other projects) to produce a collaborative album. Kenji Siratori is a Japanese writer moving into a cyberpunk universe where organic and numeric elements are clashing together. As a start, Kenji Siratori sent me some recordings of Japanese text lyrics with their translations into English. Then, I affixed some dark atmospheres on his voice. The resulting first tracks made us want to produce a ‘versus’ EP released in 2007 on his own label Hypermodern.

Even if Kenji Siratori’s initiative of massive collaboration with many projects is often criticized, this is precisely what I appreciated. Indeed, this approach is mirroring his vision of relationships between consciousnesses. Like a virus, he wants to contaminate as many consciousnesses as possible; this is why he multiplies the proliferation vectors of his mind. This organic and viral vision of the ideas’ evolution is the theme I wanted to broach in “Egoist Gen” on “Entropy”. At that time, I was reading “The Selfish Gene”. In this book, Richard Dawkins elaborates a theory according to which our bodies are only transitory vehicles for immortal genes, and our consciousness, the mortal container of ideas surviving to them.

7 – Is there a political dimension to your music?

In my music, there’s no political message as to say, but rather an ethical dimension. Nowadays, we are constantly aggressed by moralizing slogans and drown under a continuous flow of contradictory information. With Mind Necrosis Factor, I wish listeners to travel and to escape this pandemonium for a moment, taking some distance. Thus, I avoid references to any particular event so that my music preserves a timeless and universal character.

I don’t have the soul of any political leader, nor any moralizer; I just invite people to think by themselves, by offering them a musical support to their thoughts. I don’t want to give any pre-formatted moral dogma, but instead, incite the creation of one’s own ethic. I thus use the origins of my samples and my tracks’ titles to convey my ideas, to be taken over by listeners.

For instance, at the end of “Senescence” (meaning ageing), one can hear the hypnotic singing of a Tibetan nun. While making known the richness of this dying culture, I just wish that such voiced consonants will not become the remains of a lost civilization.

8 – Will there be videos, just like for some “Entropy” tracks?

Unfortunately, I have less and less time to devote to Mind Necrosis Factor. I’d rather let aside the video to concentrate on the sound part. The only track from “Morphogenesis” with a video is “Song of Dunes”. The video may be found on the Internet since the release of the “Noxious Art will never die!” compilation where this track also appears.

9 – What are your future projects?

I’ve just completed one in collaboration with Letal Ataraxia: the original score of a short movie. This one should be released in the next months, on DVD and on film. I also wish to pursue my musical endeavour with Mind Necrosis factor, even if I’m now based in Canada for a while. This will make things harder as I cannot bring all my stuff.

Thanks to you and to all of you who’ll take the time to read this.