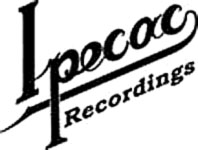 Ipecac Recordings is quite possibly one of the most interesting labels around at the moment. They pretty much release anything they like, regardless of genre. The label was created by Mike Patton (of numerous music projects but possibly most well known for his work with Faith No More, Fantomas and Peeping Tom) and Greg Werckman (who has previously worked for Alternative Tentacles records as well as managing both Patton and The Dead Kennedys), and named by Buzz from The Melvins, this was bound to be one hell of a label. Greg Werckman was happy to give Connexion Bizarre some of his time to tell us about their internet-savvy fanbase, and music that makes you sick. 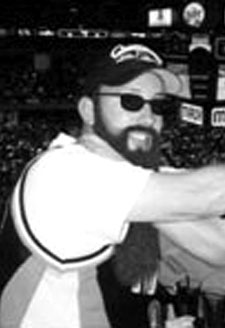 1 – How and why did you come about starting Ipecac Records?

I was managing Mike Patton and in 1998 he told me that he had 2 records for me to shop to record labels. A project called Fantômas and a project called Maldoror. We spoke to a lot of labels and nothing seemed to fit. At the same time, our friends, the Melvins pointed out that they did not have a label home. Mike and I decided that with Mike’s projects and the Melvins we had the foundation for a pretty cool record label. So in early 1999 we looked around for some distributors to sell our records around the world and launched Ipecac Recordings on April 1 1999. We did it because we could not find a record label that we liked, that wanted to work with us. We spoke to a lot of bands that were also unhappy and realised that it was a great opportunity.

2 – When you started Ipecac Records, were there any labels that you could say were a reference/inspiration for your efforts?

Not really. We purposely did not want to imitate any specific label, but of course we had/have our favourites. I worked at Alternative Tentacles records for a long time and learned a lot about honesty, integrity and the value of the artist there and Mike had worked with John Zorn’s Tzadik label. Most of our reference was just about how we felt artists should be treated and how poorly so many labels treat artists.

3 – Almost mandatory question, how did the name “Ipecac Records” come about?

First of all, it is “Recordings” since people tell us records are dead. Buzz from the Melvins suggested it. For those that don’t know, Ipecac is a herbal medicine from a Brazilian root that induces vomiting. So, if your child is choking on something they would drink some Ipecac syrup and the child will throw up. Most people with kids keep some in their medicine cabinet. We kinda figured it was also a good metaphor for our music; it would make a lot of people sick.

4 – Since the inception of Ipecac Recordings, are there any events in the history of the label that you’d consider as particularly relevant, from difficulties and setbacks to successes?

Really when the Melvins offered their services, that is when it turned into a real record label and not just an outlet for Mike Patton records. That first Fantômas record stunned us by how well it did. We have had some difficulties, of course, but for the most part it has been an amazing run. The fact that world renowned artists like Robert Pollard, Josh Homme, Rahzel, the Young Gods etc want to work with us is the coolest thing.

5 – So far what would you consider as special highlights (or successful) releases and artists in the history of Ipecac Recordings?

In general, just working with the calibre of artists we work with is the highlight. The artists we work with are really good people. It was an honour to do a record with the Kids of Widney High. They are truly inspiring. It is a school for special needs children that made a record with their teachers. The kids do the singing and wrote the songs. It is as pure as can be. A real love for the art of music. A real example of what we want Ipecac to be.

6 – Are there any releases in particular that you would recommend as good ‘introductory material’ to the Ipecac Recordings label?

Wow! That is an interesting question. Our releases cover so much ground. Depends what your tastes are. We have been on a real roll with our recent releases. Personally I LOVE the new Goon Moon record and the most recent Melvins record. You gotta check out Peeping Tom too. But I also like to suggest some of our more obscure artists that fly under the radar like Mugison, Bohren and der Club of Gore or the Lucky Stars.

Nope. No regrets and not a lot of looking back. We got so much to look forward to. We were supposed to do a live Ministry record but a major label blocked that from us after we already scheduled it. That was a bummer, but we can’t complain with how things have gone.

8 – An obvious question, but what is Ipecac Recordings ‘relationship’ with the Internet? From promotion tool and digital sales to file sharing and piracy, how has it affected you?

We love the Internet. Our fanbase is very Internet savvy. It allows us to reach out to tons of people. We can use the same tools that “big” labels use via the Internet. It is an amazing promotional tool and has turned into a great revenue stream for us as well. File sharing can be looked at as a negative, but it is way more of a positive. It is a way to spread the word about great music. Leaks happen, but at times it makes sense to be the leaker!

We had to close down our fan message board because a handful of idiots decide to spew hate filled, racist, homophobic or sexist comments. But that is a reality as well. We will continue to explore new outlets for information sharing. We just want to be involved in making the decisions on how/where and why to distribute our music. Cutting the artists opinion out is not cool.

Netlabels are a cool concept, but I’m old school and still love record stores. The experience, the packaging, all means something. I think the physical media is here to stay. Just shrinking. Music will continue to evolve and how we listen to it will as well. I think it is exciting.

10 – Perspectives for the future, what lies in the horizon for Ipecac Recordings? Can you share some long-term goals and where would you like to see the label heading to?

Nothing different for us in theory. We want to continue to release music by artists that we love, that we consider to be unique, to offer an alternative to what you are told to listen to. We got great releases scheduled for the coming months by Goon Moon (Jeordie “Twiggy Ramirez” White & Chris Goss), Tomahawk, Queens of the Stone Age vinyl, Circus Devils (Robert Pollard), Eyvind Kang, the artists Dalek & Tom Hazelmeyer, Northern State, Imani Coppola, Qui (featuring David Yow), Rahzel, Desert Sessions, Dvds, Dub Trio, Tipsy, Amon Tobin, Ennio Morricone, Melvins, Peeping Tom and lots more!

There are a lot of great artists that I personally recommend like Willie Nelson, Jesus and Mary Chain, Sigur Rós, Melt Banana, Battles, Big Business, USSA, Eagles of Death Metal…… I could go all day. Great labels too. The most important thing is to support the art of music. Support local bands, labels, record stores and clubs. Build your own scene and provide an outlet for musicians to work on their craft.

Thank you for your support. Go to www.ipecac.com for more info and check out the calendar section to see our bands live!