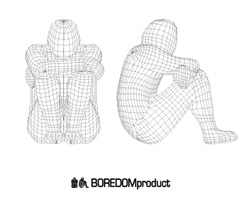 Despite a rather small catalog of releases for a label with over five years of existence, this synth/electropop record label from the south of France (Marseille) has consistently released truly interesting and unique material with excellent production values throughout its history. With bands like Celluloide, Foretaste, Dekad and Thee Hyphen in its roster, BOREDOMproduct is definitely a clear case of ‘quality over quantity’ and proves that ‘accessible’ pop music can be truly well-crafted and genuinely interesting. 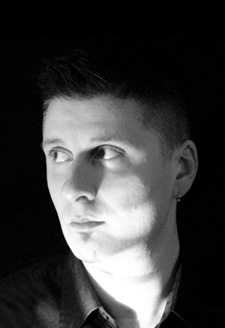 1 – How and why did you come about starting BOREDOMproduct?

We sought a label to release Celluloide’s debut album, “Naïve Heart” and it wasn’t easy… the lack of electronic pop labels in France forces bands to search foreignt labels, which isn’t always obvious. I said to myself that we could certainly create a platform that would bring some exposure to French electronic pop groups.

We didn’t have any artists apart from Celluloide and, all of a sudden after the release of that debut album we released a compilation, the first of its kind, that gathered twelve artists, to justify that we were a true label and not just a promotion tool for our own work.

2 – When you started BOREDOMproduct, were there any labels that you could say were a reference/inspiration for your efforts?

I will mention three but for different reasons. In any case, I’m afraid I am not very original in this issue but, evidently, there is Mute Records, particularly for their coherence since the beginning. All bands and artists had a common sounds, they sounded “Daniel Miller”.

Then there is the Swedish label Energy Rekords, who did not hesitate in releasing material that, at the time, others considered weren’t serious enough, or too 80’s or ‘too clone’. They had an unrestricted approach to electronic pop in the 90’s, when all other labels were becoming more and more ‘dark’, and released what they wanted and without ‘restrictions’ and finally were proven right with acts such S.P.O.C.K., Elegant Machinery, Pouppée Frabikk and many others.

Finally, the one that is probably more important for me, Facteur d’Ambiance. It’s a very small label from Marselle that produced two of the best French bands from the 80’s: Martin Dupont and Résistance. In my opinion it is the label that ressembles us the the most: few artists, few releases, little ambition beyond releasing music without making concessions, even if it is considered easily accessible. Medirerranean integrity, I suppose.

3 – Almost mandatory question, how did the name “BOREDOMproduct” come about?

There isn’t much to do in France if I want to see a concert or listen to music that I like. Therefore, boredom is omnipresent… As we are not given what we want, the idea is to create it ourselves: hence the association of ‘boredom’ with ‘product’. I like this word association a lot, it’s quite quite unexpected and maybe even counter-productive.

4 – Since the inception of BOREDOMproduct, are there any events in the history of the label that you’d consider as particularly relevant, from difficulties and setbacks to successes?

For the moment we have always managed to keep our finances floating without many difficulties despite successive bankruptcies of two distribution companies that costed us a lot! It’s not an artistic satisfaction, but breaking the working tool would be the worst that could happen to us, and having survived these two crashes is, for me, a very good sign.

5 – So far what would you consider as special highlights (or successful) releases and artists in the history of BOREDOMproduct?

Simply put, Celluloide’s “Words Once Said”, was our best seller. But I don’t wish for more than beating this little record. I hope that the new Celluloide album will work out even better and I’m also counting on Foretaste and Dekad.

6 – Are there any releases in particular that you would recommend as good ‘introductory material’ to the BOREDOMproduct label?

I don’t know. Honestly, I don’t know. In any case, not the “Synthétique” compilation, because it is more representative of the French electropop scene at a given instant than our own catalog.

No regrets, but I’d love to know the miracle recipe to sell even more albums and sign up even more artists. I’d wish to sign up other artists and bands but, for the moment, nothing in French electronic pop has caught my attention to the point that I’d wish to incorporate it into our catalog… perhaps with one exception with whom we are negotiating, but nothing concrete yet.

8 – An obvious question, but what is BOREDOMproduct’s ‘relationship’ with the Internet? From promotion tool and digital sales to file sharing and piracy, how has it affected you?

I think that, above everything, it is a formidable promotion tool for small structures like us. I think that without the Internet all this wouldn’t be possible. We have always tried to use this medium and we are constantly thinking on what more can we do with it. Actually, as proof, last summer we launched a new Internet based offer with “MP3-to-CD”. The idea is simple, you can buy an album in MP3 format in our website and, if you like the album, you can buy the CD just by paying the difference! Therefore you don’t pay twice for the same album, just for the change in support medium.

As far as piracy and MP3s go, I don’t have a definite opinion on the issue. Evidently illegal downloads are theft, but I have to be honest, it happens to me to: even if I don’t download myself, I can make a copy of an album. By curiosity, because CDs are expensive and one can’t buy everything before listening to it first… On the other hand, when I like an album I always by the CD. Not necessarily to give money to the label or the artist, even if I evidently consider it, but first and foremost for selfish reasons, because I want to own the disc, touching it, read the booklet…

I don’t like netlabels for the same reason… I want to be able to own a CD if I like it. With netlabels I’d be constantly frustrated.

It’s not a strategic consideration, that’s not my kind of thing… Probably they are the ones who are right, commercially speaking, for the future. But the commercial perspective was never my priority.

10 – Perspectives for the future, what lies in the horizon for BOREDOMproduct? Can you share some long-term goals and where would you like to see the label heading to?

We have built the label on the trust and friendship with the artists we have signed up. It’s a long term investment, and I’m sure our integrity and honesty will pay up eventually. What I wish is that our sales increase to be able to produce with even more care our next releases: quality is my primary obsession and it requires some time and money.

No label in particular. I have the impression some labels play lottery signing many artists, hoping to pick up the one that will bring large sales. I feel that few labels have some sort of sound coherence, with the possible exception of Genetic Music of which I know very little, but which I believe I will be interested in soon…

Where artist are concerned, I like File Not Found and Rorschach Garden, who correspond truly to the kind of bands that I’d like to sign up in France. But probably it’s best to have the unexpected, bands and artists who will surprise me…

Visit our website and our MP3 section so you can know our label and its artists.