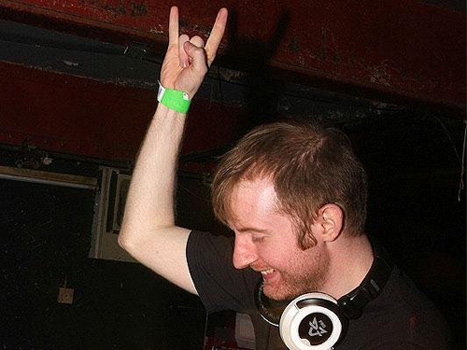 What started you into making music? Why have you chosen the name ATEK?

I guess it all really goes back to when I first discovered drum’n’bass… it was still in its early developmental phases, but something about it really struck a chord with my friends and I.

Growing up in a place like New Orleans at the time, it was not something one could easily come across, so we really had to immerse ourselves in it. It was to the point where we would download BBC recordings, and bootleg live sets over our 28.8kbps connections, just to stay up to date with what was happening within the genre.

Over time, we all started to DJ… and that eventually led into wanting to write our own material. It was really a natural progression, with all of the different ideas and influences we’ve had.

As for the name ATEK… it’s a lot simpler. As I started to get DJ gigs, and play out more regularly, it was becoming painfully apparent that most of the names I’d entertained having were already taken. A friend was booking me to play a show, and said he needed a proper name to put on the flyer… and decided to call me ATEK, since I was a keyboard tech at the time.

Seeing as New Orleans is your hometown, would you say growing up there had any influence in shaping your sound?

Absolutely! There’s a lot of culture in New Orleans, and especially with respect to music and art in general. You can’t grow up in there without some influence or respect for jazz, rock, funk, etc. The people in the New Orleans drum’n’bass and industrial scenes, though few in numbers, are very passionate about what they do. Interacting and performing with them really allowed for cultivating my skills and sound.

Speaking of influences, I’ve noticed you have a varied collection, from Joy division to Wu-Tang Clan and Einsturzende Neubauten. What brought these elements together in your music?

There’s a certain amount of raw emotional content, tempered with intelligence, and progressive thinking that can be found in each of these acts. For me, it’s always been a matter of trying to capture a bit of life experience in my works, and simultaneously challenge myself in similar ways. When I think of Joy Division, for example: no two songs of theirs really sound the same, for the most part, but still manage to maintain the same ‘feel’. My initial goal was to fuse influences from early 80’s electro-industrial with more aggressive drum’n’bass styles, but as I began to grow as an individual, I found that I had more (and equally significant) influences from varying sources… that I felt should be properly represented as well. To ignore the relevance of something because it doesn’t fit a mold, I feel, just implies that I was thinking too narrowly to begin with. When I stop and consider such influences as Kraftwerk or Einsturzende Neubauten, it helps remind me of that.

According to your various sites, you have a debut album in the works. Can you tell us something about this and your plans for its release?

With the number of projects I’ve encountered over the last three years, it’s made it a bit of a process, as remixes and co-production really occupied the majority of my writing time, but on the flip-side of this, working with such amazingly talented artists has really allowed for certain techniques to be established in my own works. While most of the material may prove hard to classify (with respect to a genre), listeners will find sounds ranging everywhere from industrial/IDM/dubstep/drum’n’bass/trip hop… Given the range of the material, and the amount of it, I’ve been discussing the release of such with a few labels, but I’m not at liberty to say just which ones yet. You’ll have to stay tuned for that. 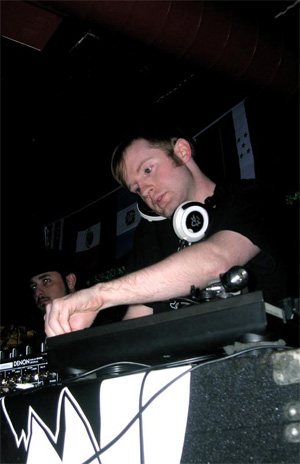 Your previous work has been featured in releases by well-established record labels such as Ad Noiseam and Hymen. What have you gained from these experiences?

I’m really a huge fan of works featured by both labels, and it still amazes me that I’m able to say I’ve worked on material featured by both… having the privilege of meeting and working with Enduser has really cultivated my skill set, and taught me to diligently work on material, as well as to factor in variables such as deadlines.

I’ve also been fortunate enough to work on some material with Marching Dynamics, who writes exclusively on hardware and manages to pull from an impressively diverse sound set. He’s really been a pivotal influence in the way I approach my more recent works.

You’ve worked with various artists like Enduser and Cenotype and just came back from the 2010 Kinetik Festival after doing an amazing set with Synnack and Torrent Vaccine. Can you tell us a bit more about these collaborations and your participation in the festival?

In 2005, I moved from New Orleans to NYC… I ran into Lenny (Cenotype) through some mutual friends, and we were both still working on the earliest of our respective material. Sharing a lot of similar ideas and preferences in sound – despite different formats of genre – we decided that a collaboration would be a great idea. His release of “Origins” really presented that opportunity, with a remix album. Both being very satisfied with the results, we’ve also begun talking about working on more in the very immediate future.

Lynn (Enduser) was more of a chance meeting. We happened to cross paths at an event where he was performing in NYC. We eventually started hanging out a couple months later, and he’d expressed an interest in having me come along to play some shows in Los Angeles, San Francisco and London. After we both had relocated to California for a short time, he asked if I’d be interested in working on “Left”… which of course I was! And we’ve occasionally worked on stuff together since.

When I relocated to L.A. is also when I first encountered Shane (Marching Dynamics), and we’ve tinkered on side-project ideas and collaborations on a semi-regular basis ever since. Which is how we ended up performing together at last year’s Kinetik…

As for this year’s Kinetik, Clint (Synnack) and Brad (Torrent Vaccine) are old friends, from my days in New Orleans. I’ve always really respected their work, and have even opened for Torrent Vaccine on occasion. My inclusion in this year’s festivities was just for fun, and to hang out with old friends. They both write amazing stuff, and I feel really fortunate to have been included in any fashion.

Which artists have you enjoyed working with the most? Are there any artists you are hoping to work with in the coming future? Or collaborations already in the works?

I’ve really enjoyed working with all of them! I’ve enjoyed the writing process, and final products with Marching Dynamics, Enduser and Cenotype immensely! As for other collaborations currently underway, Intoner is a name to watch out for! He’s got some sick ideas, and sound design. Even with what few ways we’ve worked together, it’s been fairly impressive. As for artists I’d like to prospectively work with: Cevin Key, Alec Empire/ ATR, Goldie, Limewax, Hidden, RZA, Noisia, Glitch Mob, Hecq, Dryft, Trent Reznor and Photek to name a few. I like so many artists it’s hard to name just a few.

How do you feel about hardware vs. software synths? What’s your studio set up?

Well, software has its place. For the sake of practicality it’s hard to beat… easy to integrate, close to zero maintenance, and can be easily altered. Unfortunately, nothing really beats the sound of the real thing!

There is a certain character to dedicated/outboard gear… whether analog synths, samplers, FX racks, or virtual outboard variations. I tend to find a mix of software and hardware is best for my sound. My Juno-106, for example, has essentially become the backbone for a lot of my sound… whether by itself, or carefully layered with other patches to just give it a little extra flavor.

I find that a solid audio interface is key as well, as you’re “only as strong as your weakest link.” So choose your soft synths/FX carefully.

Since you have started out DJing, what are your thoughts on ‘laptop performers’ and how, in a way, they blur the frontier between musician and DJ?

There are so many ways to approach ‘laptop performances’. Some of which I agree with, and others I do not. It really comes down to this: 1. Are you actually doing anything? 2. Is it in some way relevant for the listeners as an interactive experience?

Some people settle for letting the computer do all the work, or simple playback of a set, and maybe just tweaking effects. In that case, you/they might as well have stayed home. It probably sounds better on the CD/vinyl anyway. But that’s just my opinion, which is one of countless.

Finally, what are the final thoughts you want to leave the readers with?

“Truth has no path. Truth is living and, therefore, changing. Awareness is without choice, without demand, without anxiety; in that state of mind, there is perception. To know oneself is to study oneself in action with another person. Awareness has no frontier; it is giving of your whole being, without exclusion.” – Bruce Lee