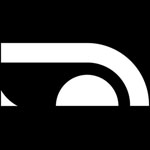 You compare your sound to the heart of the city. If this is true I need to visit New York. How long have you lived there?

I have actually lived in New York all my life, but not in New York City. I suppose my sound is derived from any and all cities. Those existing now, as well as those that have yet to be realized. From Boston, to Paris, to Shinjuku, to Gibson’s Sprawl and Shirley’s Freezone. The future is inherent within current and past architecture, which I find highly inspirational. I just imagine the millions of stories within those cities and attempt to put them into a sort of musical structure.

How do you occupy your free time?

Aside from working constantly, anything artistic. Painting, photography, design, writing. I find that doing other creative things will help inspire my music, and vice versa. Of course, when I want to relax, I enjoy any books and movies that I can completely lose myself in. I suppose everything I do, in one form or another, can be viewed as escapism.

Do you have any favorite writers or directors/movies that have inspired you more than other?

William Gibson is my favorite writer of all time. He has to be, otherwise I’d get my cyberpunk membership card revoked. But Neal Asher and Richard K. Morgan have been very inspirational as well. Very gritty stuff. I think the movies that have inspired me the most are the really moody ones. Stuff like Alphaville and Solaris. Even horror flicks like Inside have a very artistic presence. As far as directors, I’m quite amazed with Duncan Jones. I don’t know how he will top Moon, but I can’t wait to see what he does next.

You style has been compared to Haujobb, Gridlock, Mnemonic, and others. Do you mind the comparisons?

Not at all. I don’t believe my music is anything new or revolutionary. Seeing it compared to other groups has actually opened me up to new music, which is a very welcomed gift. I had listened to Haujobb before, and absolutely loved everything I heard. Gridlock was actually quite a new discovery, when Deform introduced me to it not that long ago. I listened a bit more when I started seeing all the reviews of my music that also mentioned them. Though I hadn’t heard them in time to be a direct influence, I do find this to be a compliment. Their music is quite surreal. 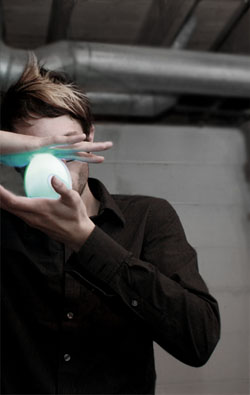 Would you consider your music a free flow of creativity or do you set out with something intentional in mind? Leaning towards aggressive or calming elements?

It’s a little of both, really. I have a general concept envisioned for my albums, but I never know exactly what they will sound like. Sometimes I have a starting point, but I just let everything grow almost organically from there. As for the aggressive or calming elements, it depends on which aspect of the concept I’m attempting to convey. Though, I can’t lie… I love dirty sounds.

For about 9 or 10 years. I started with basic house and electronica, of course. Eventually, I willed myself to attempt IDM, and somehow I came to where I am today. I do still have the first song I ever made. It was some pretty savage attempt at acid jazz, made entirely on a keyboard from Radio Shack.

What pushed you towards the IDM and is there anywhere we can find these early recordings?

What really pushed me was just the sheer innovation of it. The way that it was chaos and structure, somehow put together. It was so mathematical and technical, yet still had emotion to it. I love the way that you can listen to Autechre’s albums from the 90s and still feel that it is music from the future.

As far as those old songs, no. You’d have to kill me first. I keep them all on a backup system that I had surgically implanted into my spleen. But… you never know what might happen on an April Fools’ Day, perhaps…

Classic question but it has to be asked, where did the name Access to Arasaka come from?

Access to Arasaka is from the old role-playing game called Cyberpunk. Arasaka was one of the corporations that the cyberpunks were up against. The name “Access to Arasaka” was taken directly from Netrunner, a card game spinoff. When I realized what it was I wanted to do with my music, that name seemed extremely appropriate.

Also what is “Oppidan” in reference to?

Oppidan is actually a reference to a short story I wrote, which is what the album is based off of. It had to do with gang members in a futuristic Detroit. The abandoned building that they lived in was called their Oppidan. I still haven’t actually finished the story. At least, not to a point that I feel happy with. Should I ever free it from draft-limbo, I’ll be sure to put it up for people to read.

Do you ever perform live? If so what does your live performance consist of and what can a fan catching your show expect?

I don’t perform live, actually. Not traditionally. On occasion, I will break out my old records and turntables for shows, but even that is starting to happen less. I don’t entirely know why. I think it has to do with not exactly wanting to be in the limelight. Though, I suppose if I did play live, I would most certainly have some of my favorite scenes from “Videodrome” and “Tetsuo” playing in the background. Just to disturb the shit out of everyone there.

“Videodrome” and “Tetsuo” are two favorites in my collection as well. Does your personal music tastes match this love of fringe/indie/foreign films?

I think so. Those films were pure art. The visuals are still haunting to this day. Like with “Suspiria”. You can pause that movie at any point, and the still image looks like a photograph you’d expect to see in a gallery. I like music that is created in the same way. Where, whether or not it tells a story, it’s beautiful enough to stay with you long after you’ve heard it. The kind that paints pictures in your mind. Also, the kind that may be quite insane, as those movies certainly are…

What weight do you put on a band touring versus being strictly studio based?

Tough question. In essence, it depends entirely on the artist. There are many who love playing live, who get that rush from making people dance and whatnot. Others are more in love with the creative process behind making the music. Though touring may be necessary to make more money, it doesn’t seem to be a requirement to gain listeners from around the world. To me, it doesn’t matter. I respect both equally. 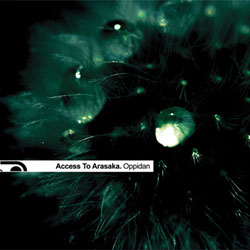 What does your studio setup consist of? Do you prefer hardware or software for production?

Right now, my studio is an Alesis Ion, a Korg X50, a Microkorg, a Korg Electribe EA-1, a Roland SH-101, and a Sirkut SNB. Everything is run through a MOTU Traveler into my computer for recording. I personally like hardware a lot better. Something about the tactile sensation of physically playing is almost therapeutic. I could use a MIDI controller, of course, but ever since I saw that cover of Funky Porcini’s Fast Asleep, I just wanted to be surrounded by equipment. Some guys dream of being surrounded by girls. I guess this doesn’t bode well for my future love life…

I think that can be said of most musicians. Musical creation is more obsession that necessity. What is some gear you are looking to acquire or wish to include in your setup?

It certainly is an obsession. And a welcomed one at that. I would slaughter a bus full of endangered animals for some vintage gear, like an Aries 300 or an ARP Odyssey. I know these sounds can be found in VSTs and some of the synths I already have, but it would be pretty fun to own the actual equipment from back in the day.

I got in touch with Illphabetik when I was shopping around for someone to release “METAX”. I had released everything on my own until then, but I figured I’d give it a shot. Jens (from Illphabetik) was awesomely receptive, and I still plan on releasing some free stuff in the future through them. Paul from Tympanik and Kostas from Spectraliquid actually contacted me when Oppidan was still relatively in the planning stage. An artist from one of the labels apparently brought my music to their attention. I still don’t know who it was, but I thank them. This has been an unexpected and wild ride so far.

So far with the reviews coming in for “Oppidan” and various remix appearances I would say you have a bright future. Any plans for future side projects or future releases?

Thanks! As long as there are people who continue to enjoy my tracks, this whole endeavor will be a success. I’ve got two albums in the works, though they’ve been set aside slightly due to the several remixes I’ve been working on. For side projects, I’m not really sure. I’ve had ideas, but I seem to be completely devoted to the Access to Arasaka project right now. We’ll see what happens in time.

Don’t give up. Ever. There will be hurdles. There will be inspirational ruts. There will be people who tell you that a future in music is unattainable. If you write from the heart, then each of these things can be overcome. Use your music as a weapon, as if to tell all those cynics (and yourself), ‘I told you so.’