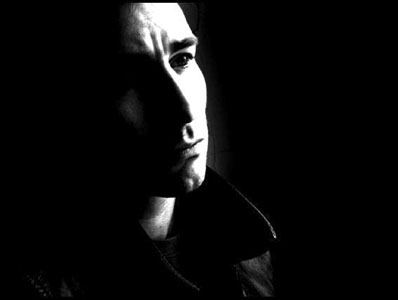 1 – Can you sum up how Ten Data Keshin came to be?

I started out playing punk rock on the guitar (a classic), then I moved on to electro pop with The Macintosh Bible and Sushi83, and later turned to pure electro. Ten Data Keshin is a project born in 2001. It was whe I discovered Aphex Twin, that I decided to momentarily leave the guitar aside and go into electronic music. Having an orchestra in your room at your disposal seemed like a dream to me. I’ve issued two albums on Audiotrauma, “Interstices” and “T*xas Instrument”, as well as several collaborations with Twinkle, Sonic Area, Chrysalide, Absent, Zno…

2 – What does Ten Data Keshin mean?

Nothing actually. Since I knew that my aspirations and my music would constantly be evolving and totally unstable, adopting a neutral and simply esthetic name appeared to be the best solution. The cyberpunk universe in William Gibson’s books, which I was fond of at the time, guided me to choose a Japanese-like name with technological references. My only imperative was to find a name that would evoke the rhythms and sounds of my music. Ten Data Keshin…

3 – Who lurks behind the “Neo Neon Generation”?

Initially the concept of this album was a comic book scenario which I submitted to an illustrator who is a friend of mine. I had been working in a school and I realized that kids in first grade make use of the web and computers as well as most adults. I’m also fascinated by the way children can question and reflect upon shocking news headlines. I imagined an hypothetical future scenario, a world in which the actual situation would have evolved to the extreme: adults totally lobotomized by their permanent connection to a unique system which belongs to a huge multinational corporation, individual thought and reflection totally annihilated – except for the youngsters who are discovering the world around them with minds not yet formatted by “education” and who master the art of hacking early on, like a videogame. An army of hacker children, a commando of little cyber terrorists warring without bloodshed, attacking the computer systems of big corporations in order to have a say regarding their future – they are the ‘neo neon generation’.

4 – Can you tell us something about the political dimension of your project?

My first album was rather electronica-oriented, it was about aesthetics and art. But progressively, as I realized how the diktat of money and the overwhelming power of the consumer society gives rise to abuse, it became impossible for me exclude this from my mind while writing. I had to give a meaning of what I was doing because these thoughts were now fully incorporated in my emotions rather than because of some utopian expectation of changing things. At best, my contribution could lead to questioning or raise consciousness, although most of the people who listen to Ten Data Keshin are already aware of these issues. But I also feel it is useful to remind those who know, in order to resist the lethargy which lies ahead of us, including myself. It’s not politics, I don’t provide an ideal answer to these problems. I’d be a Don Quichotte if I had that pretension. I simply criticize what affects me. It’s up to the listener to act how he/she pleases. 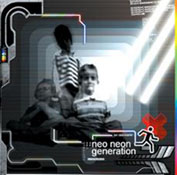 5 – How did the recording of this album come about?

By a sort of skimming process. I wrote many tracks in order never to deliver the same live act twice – I only kept the tracks which seemed fit for an album after two years, and finalized them. This has been a strict filtering procedure, but I believe a necessary one in order to end up with an album that deserves a lot of listening. As for the composition process in itself, it has been based on the same principle for many years now: I am but the musical instrument, the one carrying it out. It becomes a sort of self-sufficient metaphysical force guiding you in the exploration of sound and leading you on. I am not one of those who believe they have tamed music, but rather of those who worship it for what it brings to us all, composers and listeners.

6 – How would you define your music?

Hard question… Given my broad scope of influences, from hip-hop to rock’n’roll, I’d say hybrid, without regard for borders. Groovy, because I like the energy, the sensation giving that vertical movement to your head, your body and your spirit. Dark because the issues I refer to aren’t really jovial ones, but also because this darkness taints the music with a particular emotional dimension…

7 – What are your main influences?

They are quite eclectic and not only electronic. From hip-hop to rock’n’roll and from electro to punk. I believe that all music appeals to a different part of one’s sensitivity. I borrow from all of it and in the end my songs, although in essence electronic, have quite a rock-like format.

8 – What was your latest live act surprise?

Dälek left me speechless without a doubt! Although that was a while ago. More recently, Autechre with sound textures affecting the spirit and the body alike.

9 – You often compare your music to a motion picture soundtrack; what would that movie resemble?

It would be like a film telling the story of the neo neon generation as I described it… But I already consider my music as the soundtrack to our lives since its rhythm pervades and influences them.

10 – Can you tell us something about your visual collaboration with Brilliant Beast?

I’ve always loved the destructured rock’n’roll approach of his graphics. Moreover, we both share a love for graphic novels, in particular the cyberpunk oriented ones such as “Transmetropolitan” by Warren Ellis. It thus seemed natural for me to trust him with my visuals. These shared references have thoroughly contributed to a shared vision. I didn’t need to explain in depth: I described the scenario and the concept, provided an outline of the images and symbols I wanted to appear on the artwork and he has brilliantly adapted my ideas to his style. It was no easy task to synthesize a scenario and an entire world in a few images. But he accepted the challenge, and in my opinion it’s a true success.

11 – What about your projects for the future?

I want to tour in order to introduce the album, and now that a page has been written, I’m looking forward to starting the next one. Every post-album period is like a rebirth: the past has been fixed upon a real object, and the future is to be built…