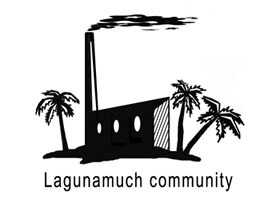 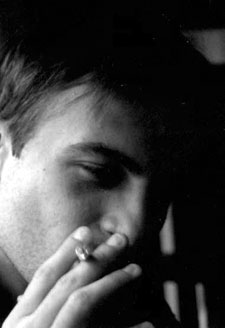 1 – How and why did you come about starting the Lagunamuch Community?

At one very moment we understood that we were lacking music which we would like to listen to. And at the same time we were surrounded by artists which were writing and creating beautiful compositions but these artists had no possibilities to publish their music here [in Russia]. All these circumstances had been led us to set up the Lagunamuch Community and sub-label Peace Technologies. So we started to make our releases very active.

2 – When you started Lagunamuch Community, were there any labels that you could say were a reference/inspiration for your efforts?

For us, Staalplaat is the leading light and a very high authority indeed. We are very interested in their releases, their ideas and conceptions. We also are very fond of Ant-Zen, both their ideas and music. In their releases we found deep meaning and things which are worthy of consideration. Using Lagunamuch community/Peace Technologies we would like to combine the influence of these two original labels and add our own traditional roots from Russian experimental electronic.

In general we have no any clear definitions for the choice of music publication; we simply cannot pass a talented or genius artist. If an artist doesn’t fit into the music styles that we prefer, we can make an exceptional release – such precedents have been opened and will continue to be so in the future. We don’t want to be locked within the boundaries of fixed music styles, which were invented by mass media.

3 – Almost mandatory question, how did the name “Lagunamuch Community” come about?

Lagunamuch is an invented word. But in this word it is hidden for us the conception of our personal vision in this world. Our vision is one of intellectual sound territory free of occupation of corporations. We and our music are like outsiders in this capitalist world. Our music releases are our method to communicate with the world.

4 – Since the inception of the Lagunamuch Community, are there any events in the history of the label that you’d consider as particularly relevant, from difficulties and setbacks to successes?

We have constantly experienced different technical problems. But this is a natural process for all who are creating or releasing something, it is normal. The most difficult situation for us was to explain to artists that we were the right publishers and that we were very interested in their sound experiments and its projects. We soon overcame this difficulty by becoming friends with Selffish, Alexandroid, Mewark, Lazyfish, Martinez Gonzalez. At the same time we found and edited some another original projects as 0id, Ariu Kara, Cast, Flexkiks, Oloolo. After some time, all our releases came about quite naturally. In addition we appreciated very much the assistance with design of such designers as Sever, Names and Arthur Berent. Dub Constructor and Lazyfish helped us very much with mastering. In technical supply and information promotion we were supported and still are supporting by the people like Mika Shlimmer ? Sea Monkey. In general everything was successful thanks to assistance of many people and their efforts. For this support we would like to say special thanks and respect.

5 – So far what would you consider as special highlights (or successful) releases and artists in the history of the Lagunamuch Community as a record label?

At present our release of the debut album of guitar-only post-punk project In A Nutshell gave us better results than that our any other electronics release which is something of a paradox for us. In their album “Ultraviolet Test” there was a lot of space for experiments with sound, noise and inventing new ideas. It was not a simple edition of a guitar project on an electronic label but it was the peculiar experiment for many people and it turned out to be quite a success.

6 – Are there any releases in particular that you would recommend as good ‘introductory material’ to the Lagunamuch Community record label?

Up until now our best release is 0id’s album “Systems of Mercy” in which we united and realized “idea + conception + music + design” as a whole. This was a remarkable and complicated project of a very large creative team. It is the message to the distant future formed from sounds of real analog synthesizers, vocoders, natural voices, real guitars and with the assistance of special samples from Lazyfish, a Native Instruments’ engineer. It will be interesting how we ourselves would apprehend this work after 10-15 years.

The compilation of “Deep Sea Shipping” can also be an indicative release, but in this album we assembled and showed only one of our artistic sides; we have enough music material by artists which were not included in it. In the future we would like to show the other, darker side of Lagunamuch community. And the ideas of a new compilation would not necessarily cross with the sea and the mystical novels of H.P.Lovecraft.

The only one which we would like to change is that the Lagunamuch Community would have appeared some years earlier when people’s interest in electronic music and experimentation were much higher than now. Nevertheless, thinking about the future and developing new ideas are more attractive for us than the past.

8 – An obvious question, but what is Lagunamuch Community’s ‘relationship’ with the Internet? From promotion tool and digital sales to file sharing and piracy, how has it affected you?

The most unpleasant in all this is that, at the end of the day, neither artists nor record-labels incurred losses but the music itself. By becoming so easy to access, music has lost its value to most of the people. Compositions and tracks have become just mountains of files. We do not like it very much but maybe it is natural process.

At present many netlabels are beginning to charge for the music, which is probably a normal and final approach for the development of this phenomenon. In a way, laziness is progress’ motive power: a person does have to do an effort, does not need to go shopping and does not need to carry something. This is very attractive but easiest way.

As for us, we still like to have shelves full of vinyl and compact discs from different cities all over the world. But besides this we are very interested in experimenting with digital release as one possible way of music development. We would like to use every different information medium as our ideas and possibilities will let us. At this very moment we have finished our first free digital release, “Possible” by Riverz End, and you can download it at http://www.lagunamuch.com/index.php?static=24. But our attitude towards this digital release was the same as for the release of compact disc; not only do we think that this would be good promotion for the artist and his music but, for us, it would be also interesting knowledge and experience.

10 – Perspectives for the future, what lies in the horizon for the Lagunamuch Community? Can you share some long-term goals and where would you like to see the label heading to?

Recently we published the album “Deviation” by space/dark ambient project Nightech from the Urals as well as “Noveber” by Unit 21 an artist from Nizhnii Novgorod. We prepared a digital special release for free download: the Cyber-IDM album from Riverz End, a new artist on Russian electronic scene which I mentioned above. I invite you to check it out, it is very original theme.

We have also a lot of interesting plans, which is too early to talk about. IDM, Techno, Industrial – this is our way for the nearest future.

We are hearing a lot of very different music and I can mention a number of interesting music projects and artists. One of them is our great friend from Germany – Candie Hank (Patric Catani) and his new album “Groucho Running”; the hypnotize dvd/audio project “Insomniac City” from Ran Slavin, released by Mille Plateaux; the sound experiments of Robert Henke on the album “Layering Buddha” and the masterpiece “10.000 days” from guitar project Tool. All, what this music has inside – feelings, sentiments, substance, are very close to us.

Thanks for the opportunity. Peace!