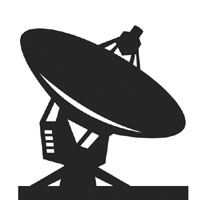 During its 10 years of existence, this Canadian label has kept a consistent output of quality releases featuring artists from all over North America and Europe. In addition to counting with some rather well-known artists – like Steril, Psyché, Massiv In Mensch and Alice in Videoland – in their roster, Artoffact Records was also responsible for the debut of acts like Urceus Exit and Cabaret from Poland. 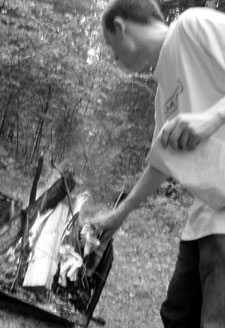 1 – How and why did you come about starting Artoffact Records?

Around 1997, I decided that it would be fun to release a compilation of some of my favourite bands. It sort of snowballed from there, and, next thing I knew, some of the bands from the first compilation wanted to put out full-lengths with me. It was a fantastic experience, and I learned a lot from it.

2 – When you started Artoffact Records, were there any labels that you could say were a reference/inspiration for your efforts?

Sure, there were up and coming labels at the time like Inception and Gashed, both of whom were from Canada and releasing industrial music. Chase from Reconstriction actually gave me a lot of good emailed advice back then. Some other inspirations were Metropolis, Kk, Pendragon, WaxTrax, and Nettwerk.

3 – Almost mandatory question, how did the name “Artoffact Records” come about?

I’m not sure, to be honest. It was a bad pun that stuck.

4 – Since the inception of Artoffact Records, are there any events in the history of the label that you’d consider as particularly relevant, from difficulties and setbacks to successes?

The main event that stands out is my partnership with Jeremy of Storming the Base five years ago. It’s been a rollercoaster, but there isn’t a harder worker or more inspiring music enthusiast on the planet. It’s also wonderful to be able to work with a good friend.

5 – So far what would you consider as special highlight (or successful) releases and artists in the history of Artoffact Records?

Releasing Alice in Videoland has been really special; they are a great bunch of people. Licensing Interlace was a huge deal for us artistically. Seeing Headscan debut Pattern Recognition at The Elektra Festival was intense, and actually all their releases are works of art. Being a part of the Psyche phenomenon is obviously something I am personally proud of. Releasing the brilliant Das Weeth Experience CD was for sure an unforgettable experience.

6 – Are there any releases in particular that you would recommend as good ‘introductory material’ to Artoffact Records?

Massiv in Mensch “Menschdefekt”, Alice In Videoland “Maiden Voyage Plus”, Headscan “Pattern Recognition”, Interlace “Imago”, Urceus Exit “Contra”, Beautiful Leopard “How Long Will It Take?” (this last one will be out in October 2007!).

No, I do not have any regrets. It has been a learning experience all the way, and I am satisfied with our output. I would probably not have released so many singles had I known that the market was going to bottom out, but you can’t always predict those things.

8 – An obvious question, but what is Artoffact Records’s ‘relationship’ with the Internet? From promotion tool and digital sales to file sharing and piracy, how has it affected you?

The Internet is a great medium for advertising, networking, and sharing of ideas and technologies. I cannot imagine running a label without the internet and marvel at how labels like Nettwerk ever did it. Digital sales have been huge for us, often for totally unexpected reasons. Psyche’s cover of “Goodbye Horses” for example has been a runaway best seller on iTunes. I think file sharing and piracy destroyed a good cultural landmark of the 80’s and 90’s, but I am eager to look to the future on that front and do not spend my time worrying about it.

I don’t really know too much about hobby netlabels, though I have seen some pretty slick looking websites out there. At the moment, the digital infrastructure does not exist to support many profitable net-only labels, though I can see that changing. I suspect that physical media will eventually disappear, though it might take some time. Virtually none of the entertainment technology we used in the 50’s is still around in any recognizable form, and if you look around, you can see a lot of real changes that speak to CDs losing more and more market share.

10 – Perspectives for the future, what lies in the horizon for Artoffact Records? Can you share some long-term goals and where would you like to see the label heading to?

At the moment, we are very comfortable where we are. I enjoy working with artists I like and respect, and despite the pressures, it is wonderful to be able to work from home. We are releasing some rock-based music as well as electronic and industrial, so the current challenge is to find avenues of distribution and promotion for multiple genres. It should be fun!

There is always great stuff being released. I have really enjoyed Psy-Harmonics’ latest releases, as well as some of the Southern Lord albums (in small doses!). I think Ipecac puts out some of the craziest and best music out there. There’s a cool German label putting out great pop-rock called Tapete. Everything they put out is bang-on. I’m also a fan of Smekkleysa from Iceland. Too much good stuff out there! My latest band obsessions include Electric Six and Sex Without Souls out of Toronto, though the new M.I.A is getting a lot of spins, too.

Thank you for the interview. We have several great new releases coming out this Fall and Winter on both CD and DD, including new material from Blank, Cabaret, Beautiful Leopard, Missouri, Individual Totem, and at least one more surprise! You can read my blog at www.artoffact.com.