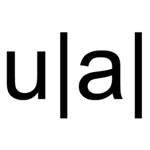 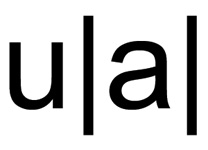 Originally started to help shape the fledgling musical careers of a couple of uni friends, Uncharted Audio has now grown in to a respected label of its own accord. Based in London, they now have a significant roster of electronic artists and we got to speak to Russ AKA Kone-R about the label, vinyl fetishism, and why they are the “good guys”…. 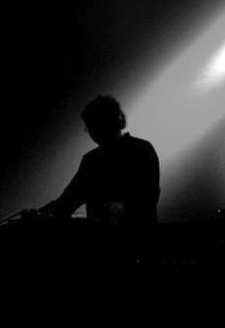 1 – How and why did you come about starting Uncharted Audio?

It came about due to a series of happy accidents I suppose. When I first went to university in 1994 I happened to end up living in the room next door to Rob Tubb (aka Cursor Miner) – he heard me listening to techno and I heard him listening to ‘The War of the Worlds’… we hit it off from there. It turned out that as well as having impeccable taste he also wrote crazy music, but he wasn’t really into the idea of promoting himself so I ended up sending demos out for him. Another friend I made around the same time was Stephen Fiske (aka LJ Kruzer), I think I actually knew him for quite a while before he even let on about the music he’d written on his dad’s keyboard. When I finally heard it I was blown away. By the time we all graduated, I was keen to start a label that would expose their music, and although it took another few years to actually get it going, I got there eventually with a bit of help from another friend, Danny Daley who left a couple of years later. Now I basically run the label myself with technical and advisory assistance from Paul Love.

2 – When you started Uncharted Audio, were there any labels that you could say were a reference/inspiration for your efforts?

Definitely, I’d been DJ’ing for nearly 10 years by the time the label actually started so had developed a keen interest in labels, their different philosophies and ways of doing things. Rephlex and Warp were big influences for me at that time, but my roots were in early 90’s hardcore and techno so I’ve always had a thing about obscure labels, mysterious limited pressings with very little information on them. I’m still a vinyl digger, and I really hope that some people get excited when they find our records. That also drove the fact that the majority of our releases go out on vinyl, I still think it’s the best format.

3 – An almost mandatory question: how did the name “Uncharted Audio” come about?

Actually this was an ex-flatmate’s idea. He had a flash of inspiration when I was struggling to think of a name and I just thought it fitted really well. We wanted to release music that was unusual and not really covered by the mainstream media – also we knew we’d never be likely to get in the pop charts. For some reason it’s very often mis-spelled as Unchartered Audio, I’ve no idea why.

4 – Since the inception of Uncharted Audio, are there any events in the history of the label that you’d consider as particularly relevant, from difficulties and setbacks to successes?

I’m not sure, there’s always some little thing or other happening that reminds you why you do it and put up with all the negative aspects. We’ve just kind of staggered along down the years, from small disasters to little successes really.

5 – So far what would you consider as special highlights (or successful) releases and artists in the history of Uncharted Audio?

The Signals 7″ series is probably the thing I’m most proud of in terms of a product. It was a lot of work to put together and we just managed to avoid getting seriously messed up by a pressing plant going bust. It was massively pleasing to have all those people, heroes of mine really, involved with it. It’ll almost certainly be the definitive Uncharted Audio collectors item in future years. To be honest though, I love all of our releases in their own way, you have to, otherwise why bother?!

6 – Are there any releases in particular that you would recommend as good ‘introductory material’ to the Uncharted Audio label?

There’s a free digital sampler doing the rounds at the moment called ‘Dance Audit Hour’. It’s all exclusive stuff from everyone on the roster. You can get it at shop.unchartedaudio.com/album/dance-audit-hour.

There’s a couple of people I might have been able to sign up but neglected to do so. That’s pretty gutting as I do wonder how it would have turned out, but now we’ll never now. But no, I try to regret as little as possible.

8 – An obvious question, but what is Uncharted Audio’s ‘relationship’ with the Internet? From promotion tool and digital sales to file sharing and piracy, how has it affected you?

It’s the ultimate double-edged sword. So many advantages and so many problems. It’s all been discussed a million times and I have no idea where it’ll lead in the future. All I will say is that we really appreciate those people who are prepared to put their hand in their pocket in exchange for the music, in any format. No matter how small those pennies, they all add up and help us to keep the releases coming at the highest quality we can. We also ask that people don’t get conned into thinking that independent labels and artists are somehow worthy of ripping off.

9 – Slightly related to the previous question, how do you see the concept of ‘net labels’ and, as a label head, what is your perspective as to the future and evolution of physical media (CDs, vinyl, etc.)?

My opinion of net labels isn’t great, but that’s probably nothing to do with my position as a label head and everything to do with vinyl fetishism. I was quite late in coming to the whole digital party, in fact I rebelled for quite a while, but it does of course have many positives. I’m still strongly of the opinion that if something is worth releasing, it deserves a physical format. The web makes it all a bit too easy and as a result it can lead to a low quality filter. That’s not to say there aren’t some great releases solely on the net. I think we’re starting to see a first generation of people come through now who have sort of cut their teeth on net labels and then been picked up by more established players, such as Monolith and Space Dimension Controller.

10 – Perspectives for the future: what lies on the horizon for Uncharted Audio? Can you share some long-term goals and where would you like to see the label heading?

We finish this year with a new EP from The Council Flats of Kingsbury. Then in the new year it looks like there’ll be new 12″‘s from Cursor Miner, Cyan341 and a debut release by Ukkonen, which was recently mastered. Beyond that we have rough plans but we like to keep the cards close to our chest.

There’s tons, all the time. I publish charts every month so people can check out what I’m digging at any time. It’s mostly electronic music of the deep, dark or just plain abstract variety. You can check them, as well as my gigs, at http://www.residentadvisor.net/dj/kone-r.

12 – Thank you for your time. Do you have any final comments?

Just to thank everyone who’s supported the label at any time since day one – you are all great! Cursor Miner’s “Requires Attention”, is in the shops now on CD, 2LP and digital formats, and if you haven’t discovered us yet, please take a few minutes to check out some of the links below.