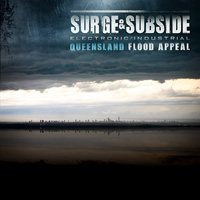 This arrived in our mailbox a couple of days ago:

“Surge & Subside” is a fundraiser compilation album, which showcases over 40 Electronic and Industrial tracks, spanning a double-CD and digital download pack. All proceeds from this album will be sent to the flood victims in Queensland, Australia.

All songs have been generously contributed by Australian and international artists including Angelspit, Assemblage 23, Psyche, Dismantled, Angeltheory , Empty, iammynewt and many more. Everyone involved has been eager to put their music towards helping the people whose lives have been devastated by the overwhelming disaster of the Queensland floods.

There are hundreds of thousands of people who have been affected, including our friend Ken Evans of the band Tycho Brahe, whose home was severely damaged.

Full details over at www.surgesubside.com