*Mille Plateaux is a label for experimental electronic music. Genres like Clickhop, Glitch, Clicks & Cuts etc. were largely influenced (and named) if not formed by the label. 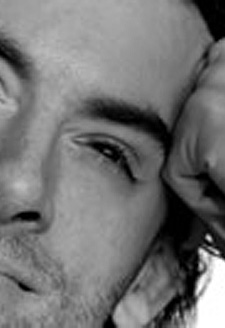 1 – How and why did you come about starting Mille Plateaux?

In late 2007, Rai Streubel (former sales manager of Mille Plateaux) suggested to me that Mille Plateaux might be available for sale. He was working for me as a freelance sales guy in my online music store www.totalrecall.eu at that time. Rai still saw great potential in the label, even though it was defunct for quite awhile already. So I agreed, for various reasons: I wanted to diversify from my online record store business – who’s going to buy CDs five years from now anyway? I also thought it was a shame the name was dormant and always had a thing for new challenges.

The plan was to have Mille Plateaux founder Achim Szepanski as the A&R and Rai as the distribution guy. Well, to make a long story short, a fruitful cooperation wasn’t even remotely possible with any of the two for a number of reasons beyond my responsibility that are better left unshared. I terminated the relationship with Achim around June 2008, after he only worked 2-3 months for me. In early 2009 I also ended the cooperation with Rai.

I wasn’t very happy about the Mille Plateaux acquisition at that point: I had no A&R, no sales guy, no clue about experimental electronic music or how to run a label and no back-catalogue rights or anything but the label name. So, in June 2008 I became the A&R of Mille Plateaux, just like a virgin becomes a mother…

2 – When you started Mille Plateaux, were there any labels that you could say were a reference/inspiration for your efforts?

Before I became the A&R of Mille Plateaux in 2008, I hardly listened to more than 60 minutes of experimental electronic music in my life. However, apart from the widest range of non-electronic music (Alternative, Brit Pop, Acid Jazz, 60’s Beat, Easy Listening) I already loved ‘conventional’ electronic music (let’s say Chrystal Method, Lemongrass, Massive Attack, etc), but it never got any more experimental with me than Future Sounds Of London’s music.

So, even though I adapted to the rules of minimalism and experimental music, I might have had somehow ‘commercial’ ears.

I hardly ever liked one particular label or even artist, when you look at my Mille Plateaux3 collection you will rather find individual tracks.

3 – Almost mandatory question, how did the name “Mille Plateaux” come about?

The name was coined by Mille Plateaux founder Achim, who took it from a post-modernist book by French philosopher Gilles Deleuze (who actually appreciated the idea and concept of Mille Plateaux).

4 – Since the inception of Mille Plateaux, are there any events in the history of the label that you’d consider as particularly relevant, from difficulties and setbacks to successes?

Well, clearly the breakdown 2003 and the relaunch 2010, which also marks a change in management and art direction.

5 – So far what would you consider as special highlights (or successful) releases and artists in the history of Mille Plateaux?

The CD that Mille Plateaux is most connected to is “Clicks & Cuts (Vol. 1)” for sure. For a solo album, it is probably SND’s “Tender Love”. Other influential releases that I would subscribe to include albums from Oval, Gas or Kid 606, while eg. Alec Empire probably only was ok at that time…

Of the recent releases, I need to point out “Clicks & Cuts 5” and Ametsub’s “The Nothings Of The North”. And just released there is “Habit Forming” by The LAwless, which, apart from being the first non-electronic music from Mille Plateaux is an outstanding album that should make it to a soundtrack for the next Tarantino movie.

6 – Are there any releases in particular that you would recommend as good ‘introductory material’ to the Mille Plateaux label?

Clearly, the latest Clicks & Cuts 5″ gives you a good idea of what Mille Plateaux did in the past and also of what to expect in the future. There also will other compilations next year that naturally will give a good overview of the range of sounds and artists.

Well, I wished I had more experience before relaunching Mille Plateaux. I learned that if you don’t communicate things, you are likely to be misunderstood. It was a great disappointment to me that eg. the “Clicks & Cuts 5” subtitle “Paradigm Shift” was largely misinterpreted. Journalists were asking for where the big shift was, since it was still glitch music… But I didn’t call it “Genre Shift” or “Sound Shift”, my idea was just a little more subtle: I wanted to give more musical substance (i.e. composition, melodies, arrangement) to a genre so far dominated by sound itself. I think 99% of sounds have already been exploited, and no label can build a future purely on more and more new trends, but must go back to timeless musical values.

And I wished we had a better website, but I had no time to finish it. It’s a bit of a shame that sales don’t justify more time and money resources.

8 – An obvious question, but what is Mille Plateaux’s ‘relationship’ with the Internet? From promotion tool and digital sales to file sharing and piracy, how has it affected you?

Affected? By 100%! The internet is everywhere. However, it is funny that even though we now have a very large social network (eg. 25k+ Twitter followers), I can’t see a big increase in attention. Also, we still have to send out 100+ promotional CDs, you can’t get thru to journalists only by e-mail.

As a provocative statement I could say that while the internet could make things like promotion and sales much easier for labels and artists, the negative effects clearly dominate. Sad but true.

Nobody has more than 24h a day to listen to music – so quality counts. The internet and netlabels caused the total numbers of releases to explode. And since almost all content is available for free (legally or not), the average quality music listened to has lowered. Tools like Last.FM really help to dig the gold out of the mud, but I am quite sure the tracks people like there are mostly from non-netlabels.

My intention is to (re-)build a reputation as a label that releases music worth buying, music that is clearly much better than usual net releases, music that is worth our precious limited time. A label is nothing but a scout for good music. Netlabels also do this job, but given the increased amount of releases (and netlabels), this naturally lowers the average quality of all music being released on the planet and also increases competition.

Physical media will eventually practically die, with a small niche market remaining for vinyl and special editions which, like a nice chocolate box, merely have the role of some present package. Even the Mille Plateaux3 collection on your hard drive is doomed already. Give it 20 years and we all will have only rights to access our personal library of titles on a big central media server…

10 – Perspectives for the future, what lies in the horizon for Mille Plateaux? Can you share some long-term goals and where would you like to see the label heading to?

The future of Mille Plateaux has just begun. With the launch of our new label Mille Plateaux Organic, we have a foot in the door to non-electronic or even indie-esque music. I also still see a lot of potential in combining experimental sounds/compositions with danceable grooves, but the problem is to find artists that have talent for both…

Next year, however, I will take care of our new website and develop existing releases and communication, distribution and even donation structures rather than putting out too many new releases. “Donations?” you may ask… Yes. I figured 98% of our albums in circulation were downloaded illegally, so we should be entitled to raise funds like any netlabel. There will also be the first releases for free download next year.

Hmmm, tough one… Call me arrogant, but I hardly find any label, artist or album good enough to be recommended. Even more, if I happen to find a great new track, it is usually years if not decades old!

So I will name a few tracks I discovered recently. You might or not find that other releases by these artists/labels are much less interesting:

Aromabar “Where Is Your Moon” (really my kind of Chillout)

Arpanet “Infinite Density” (great retro sound, will be on our retro coMille Plateauxilation)

Beto Narme “Figment Dots” (IDM you can actually dance to)

Many things have been said about me or the Mille Plateaux relaunch… I strongly suggest to everybody to forget about politics and let our music speak for itself.