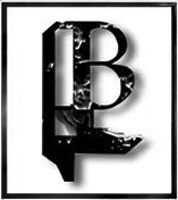 “Real people whose unity lies in a common sound, spirit and whose ‘listening music’ cannot be described as either soulless or machine driven. The atmosphere and emotion both come from the musicians, their machines are merely the means to a human end.”
– from “French Putch! Vol.1”

The French label Brume Records has been active for over five years and has been responsible for rather interesing and varied releases in the general field of electronic music. With a catalogue encompassing genres that go from industrial and electro to ambient, electronica and experimental, Brume has been a essential force in spreading the work of many lesser-known but highly talented French electronic artists and musicians. 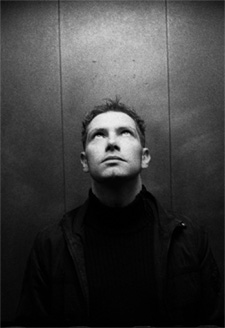 1 – How and why did you come about starting Brume Records?

I started the label in 1999 with my friend Boris Volant from the experimental collective Atelier 112, after we met Mathieu Maire from Celluloid Mata – who had just created his own label with Steph Alt, “Vaccum” – and who really motivated us for the creation of a label of our own. Thus, in December 2000, Brume records was born. At first, I only wanted to produce a compilation ( “French Putch! Vol.1” ) gathering some unknown artists I liked, and others artists I met like Remy Pelleschi of Mlada Fronta or Gilles Rossire of Oil 1O. I couldn’t imagine that it would be a success, the reason why I continued…

We’ve released 15 albums so far, and signed artists in many different genres. We don’t want a strict hot-line like some labels with many similar artists, but seek more to differentiate the label by the diversity of the productions by signing talents and artists in the sounds pallet as rich as varied as is the industrial/ electronica music movement.

The most representative are Komintern (rhythmic noise industrial), Demange Machine (experimental ambient collages), Data Raper (electro/EBM), Zonk’t (minimal electronica), Remain Silent (ambient/rhythmic noise industrial), Oil 1O (technoid electro), OTX (cinematographic dark electronica) or Lith (ethnic dub, tribal power industrial). At the time, I would never have guessed Brume Records would require such a huge personal investment… Of course, this doesn’t leave much time for my own music project Flint Glass! That’s the reason why I want to slow down the label now, only one or two releases per year and devote more of my free time for my own musical projects.

2 – When you started Brume Records, were there any labels that you could say were a reference or inspiration for your efforts?

When I started Brume records, I had a lot of respect to labels like Noise Museum (Dither, Oil.10, Roger Rotor…), Hushush Disques (Xingu Hill, Ambre, Torsion…), Reload Ambiant and the Hymen/Ant-Zen label… I thing the best representative is Noise Museum.

3 – Almost mandatory question, how did the name “Brume Records” come about?

Like Boris Volant, I come from Bretagne, in the west of France, a place where, every winter morning there is a thick mist envelops the landscape. The name “Brume Records” came about because we liked the mystic feeling of a landscape under the fog! So it seemed to be a perfect name for our label.

At the time we didn’t know the Christian Renou’s project ‘Brume’ (heh yes, one can’t know everything!). Since then I’ve met Christian – who didn’t like much that we had chosen ‘Brume’ as a name since some of our artists can be said to be in the same music genre has him, and he feared possible confusion between the two (Brume Records and Christian Renou/Brume). Since then we’ve exchanged records, and we keep rather good relationship as we mutually appreciate each other’s work.

4 – Since the inception of Brume Records, are there any events in the history of the label that you’d consider as particularly relevant, from difficulties and setbacks to successes?

In a label’s life, like in everyday life, there are successes and disappointments.
My best memories are of the two Brume festivals that we organized, which had the support of large audiences, despite the lesser-known acts that the festivals featured.

But also a few disappointments, like with some very experimental projects like De Mange Machine, where it is difficult to find a large audience, despite all our efforts to promote the albums.

5 – So far what would you consider as special highlights (or successful) releases and artists in the history of Brume Records?

The greatest successes were for Oil.10’s “Arena” and my own project Flint Glass.

6 – Are there any releases in particular that you would recommend as good ‘introductory material’ to the Brume Records label?

Difficult to answer. Each one of our productions is very different and is addressed to an audience that is receptive to a wide variety of music.

For an experimental style, I suggest Demange Machine or L’Elise Du Mouvement Péristaltique Inversé. For industrial rhythmic, it would be Lith, then Kom-Intern or Remain Silent. On the side of electronica, this would be OTX and Oil.10 would be the recommendation for electro. For dark ambient industrial I would recommend Flint Glass..

7 – Looking back, do you have any regrets with Brume Records? If you could go back and change something, what would it be?

No, I don’t have any regrets. I really wouldn’t change anything, honestly!

A positive result: superb meetings and truly beautiful moments in life which also counterbalance many setbacks from day-to-day on sales, promotion, lack of concerts, etc… We have produced a catalog of which we are rather proud, without regrets about the choices we made. After that, it’s a daily struggle and one has to be solid not to give up in face of the pityful condition of the music industry nowadays. When one sees the number of excellent records that are released in all corners of the planet and what is sold and spread globally, one has to have some serious motivation!

8 – An obvious question, but what is Brume Records’s ‘relationship’ with the Internet? From promotion tool and digital sales to file sharing and piracy, how has it affected you?

If possible, be on all fronts! Therefore in digital sales but also, and always, in CD format. Limit the releases but also treat them to unique packaging and give a special feeling to the released object! Globally, the CD isn’t dead and downloading is only in the beginning: not very profitable at the moment to be the main economic engine for a label. On the other side, the drop in sales for physical supports is not just a rumour, it is very difficult and it seems to be just a beginning. To compensate for this, I think most of the labels will naturally reduce their catalogues and concentrate more on a global development of their artists; this will condist in limiting the offer and will certainly allow a ‘purge’ and perhaps a slow re-directioning towards more quality in general in music releases (one can always dream…).

Where netlabels are concerned, I have nothing against, but I am from ‘the old school’; being also a collector, I am too fond of beautiful quality objects to imagine one day releasing nothing but albums in MP3 via download.

Quite often, netlabels release high quality music… Certainly that helps to discover many talented artists but it also kills the record market in this “everything is free” world. It undermines the work of musicians and producers.

When one sees that Universal has a project of placing all its catalogue for free download over the Internet, counting on ad revenues for profit, I don’t give more than a few years to the existence of the CD format!

10 – Perspectives for the future, what lies in the horizon for Brume Records? Can you share some long-term goals and where would you like to see the label heading to?

In view of the current markets, the future is truly a blur, therefore the first thing is to stay alive! After that, I think Brume Records will stay in its current release rhythm. It’s an imperative. It means signing less artists and having less albums in production but, on the other hand, we can concentrate in producing quality releases and concerts. The release of an album has a cost and its rentability depensa on working to spreading it in all possible formats and reaching an audience as vast as possible – and the scene is an fundamental element.

Again a difficult question, because I listen to many different things…

For guaranteed quality, I recommend the Belgian label Spectre Records, who keep releasing magnificent objects and fantastic albums like Loss’s “I Kill Everything” and the latest Kraken and Camanecroszcope. For electronica I’d recommend the labels n5MD and U-cover with artists like Quench and always Ant-Zen/Hymen for their innovative side, always evolving after their industrial noise debut, with projects like S:cage, Ab Ovo, Hecq and even Kattoo… And my french colleagues of M-Tronic and the eclectic label Ad-Noiseam.

I also have to mention my German Gerald friend from Funk Welten with whom I have a close collaboration for two years and who has released magnificent albums like Echorausch’s “Different Space”, the collaboration between For A Space and Polygon “Tactual Sense” and also the latest Oil 10 album. We have a new collaboration in the works for this year but I can’t give more details at the moment…

Thanks a lot for the interview and your interest in Brume Records’ artists. I wish all the best to all Connexion Bizarre readers and best success for your webzine for this new year!