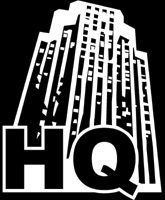 “Champions of unstructured sound collage and homemade instruments, Backwards Records is home to an array of adventurous laptop jockeys and electronically minded noise artists: Page 27, Blackcell, Robot Mandala, Haunted Sound Lab, Sporadik, Kuxann-Sum and Paraclude, among others. Surviving on the distant fringes of normalcy, the unsung label creates sounds as willfully edgy as they are impossible to pigeonhole.”
– from Westword, Best of Denver 2005

Based in Denver, Backwards Records is a relatively young label which strives to release, promote and book musicians and artists that produce music without boundaries in a wide range of unusual experimental electronic music genres and are not afraid of defying conventions and trends. Backwards Records has originated the spin-off Backwards Records NW for the Seattle area to accomodate the growth of the label with an ever-increasing roster of talent. 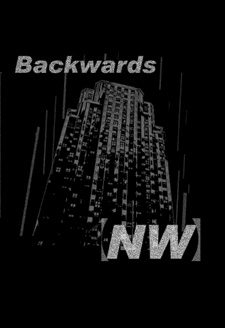 1 – How and why did you come about starting Backwards Records?

We were all in various electronic, noise, experimental, industrial bands. In Denver it was difficult to get exposure and good gigs. So, we started booking our own underground shows, bringing bands we liked to Denver, and recruiting other like-minded artists in the region. Soon after that, we started producing our own cds.

2 – When you started Backwards Records, were there any labels that you could say were a reference/inspiration for your efforts?

There were many labels that inspired us. Not as a model for our business, but because of the incredible music they produced. Warp, Ant-Zen, Ad Noiseam, Metropolis, SKAM, Mute, Sublight… and later on, labels like Zhark and D-Trash.

3 – Almost mandatory question, how did the name Backwards Records come about?

The first band on Backwards Records was Blackcell: myself (Matt Jones) and Atom Oliver. The original name for the band was Blackcell Backwards which we used to spell backwards (it seemed cool at the time). After a while we simplified the name, but kept Backwards for the name of our label.

The name now, is tied to our slogan: “Forward Thinking, Backwards Living”. Simply put, we are using technology, to enhance our pagan/hedonistic lives.

4 – Since the inception of Backwards Records, are there any events in the history of the label that you’d consider as particularly relevant, from difficulties and setbacks to successes?

We have produced or co-sponsored some great events in Denver and Seattle. The “Death-Tek” series in Denver (Not Breathing headlined #2); “Homeland Insecurity” anti-Bush noisefest in Denver, featuring Mono No Aware and others; Meth-Fest Seattle… Backwards NW was also a sponsor of the Wooden Octopus Festival (an international experimental music festival). Cross Pollination, a live remix series, definitely set the tone for Backwards NW in that we become a major player in Seattle remix wars etc. In 2005, Backwards Records was voted Best Noise-Experimental label by The Westword (Denver)

The biggest milestone by far is the creation of Backwards NW, founded by Patrick Urn. It has become a huge success. It is something we hope to copy in other major cities (not just in the U.S.).

5 – So far what would you consider as special highlights (or successful) releases and artists in the history of Backwards Records?

6 – Are there any releases in particular that you would recommend as good ‘introductory material’ to the Backwards Records label?

Most of the original CDR releases are out of print. “A Tribe called Glitch” is very eclectic, and is a good intro to the label. So is “Electric Shepherd”.

7 – Looking back, do you have any regrets with Backwards Records? If you could go back and change something, what would it be?

Not too many regrets. You can always work harder. We do everything ourselves. We’re just a bunch of working stiffs, with a passion for electronic music.

8 – An obvious question, but what is Backwards Record’s ‘relationship’ with the Internet? From promotion tool and digital sales to file sharing and piracy, how has it affected you?

Most of our bands play live, and the Internet has become our primary promotional tool to reach people locally. Gone are the days when we would canvas the city with posters and handbills.

Our focus has changed a lot recently. We are getting a big response from other countries. Especially Japan, Russia and Brazil. Our online sales are increasing, but so are physical discs as well. We do give a lot of music away on the Internet. It has only helped to generate buzz about the label.

“Noboby buys CDs anymore”, people say this to me all the time. I hope it’s not true.

Netlabels have given so many bands access to ears. Bands that would have never had a chance before. The challenge is to find ways to sell the music, and not just give it away. Historically, the live show was the best way to sell merch. Still, selling individual mp3s online, will be a big focus for Backwards Records this year.

10 – Perspectives for the future, what lies in the horizon for Backwards Records? Can you share some long-term goals and where would you like to see the label heading to?

We have recently started collaborating with musicians in Europe and Japan and we hope to start an International division of Backwards Records soon. We are currently researching and recruiting on the East Coast to find the Home for Backwards NE.

For 2007, there will be two East Coast tours. HQ (Denver) and NW (Seattle) will be heading out separately this Summer.

Dtrash is one of my current favorite Labels and such artists Velepene Screen, Cygnus and Kinoko .

In general I’d say that one of our biggest collective aims is to break down some of these “genre walls”… like this idea that breakcore and Noise can’t be on the same disc. We’re against that.