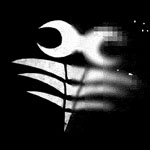 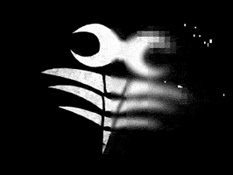 “Vous Êtes Le Bruit!” and “Using Noise as a Weapon!” are two of the slogans of this young and uncompromising French elektro-industrial/cyberpunk collective and record label. Though not very active as a label until recently, this young collective has already left an enduring mark in the field of undergroung electronic music, in France and abroad, both because of the pool of talent that makes up the collective and of the events that it organized and which culminated in the still-remembered Noxious Art festivals. 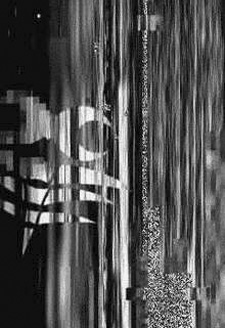 1 – How and why did you come about starting Audiotrauma?

We started the Audiotrauma adventure around the end of 2001, beginning of 2002, in Strasbourg, with the sole objective of adding our stone to the growing building of the elektro-industrial and cyberpunk movement… We first began by organizing events to bring major acts from the scene into Strasbourg but also to offer a ‘springboard’ for local artists.

After five years and not far from fifty events (including two Noxious Art festivals), we decided to step back from this area so as to dedicate ourselves fully to the record label.

2 – When you started Audiotrauma, were there any labels that you could say were a reference/inspiration for your efforts?

It’s obvious that we cannot deny a certain filiations with the Ant-Zen record label which, when we discovered it, was for us a revelation. The visual aspect is of great importance in this label, enriching the musical content of their productions, giving them a coherent guiding line of sorts. We greatly drew on that coherence for inspiration. Also, we can easily find similarities between us and labels such as Digital Hardcore Records or Ad Noiseam…

3 – Almost mandatory question, how did the name “Audiotrauma” come about?

The word ” Audiotrauma ” has the faculty of answering to several definitions. It’s obviously an allusion to hearing traumas, of those that we have suffered as well as those that we wish to inflict.

4 – Since the inception of Audiotrauma, are there any events in the history of the label that you’d consider as particularly relevant, from difficulties and setbacks to successes?

Each step in the evolution of the Audiotrauma collective was particularly striking for us but, if I had to remember only one, I would evidently refer the two editions of the Noxious Art Fest which we organized in 2004 and 2005. For better and for worse, no event has caused such impact in the life of the collective. People still talk about it regularly – just to have an idea of the impact that Noxious Art had – but we are still paying nowadays the financial failure of these two mad ideas.

5 – So far what would you consider as special highlights (or successful) releases and artists in the history of Audiotrauma?

We consider that each of our releases is a success and a victory, we are proud and we believe in the artists of the collective… That being said, it is clear that the recognition enjoyed by projects such as Twinkle, Sonic Area or Chrysalide have brought a bit more of attention to the achievements of the Audiotrauma collective.

6 – Are there any releases in particular that you would recommend as good ‘introductory material’ to the Audiotrauma label?

It’s rather difficult to reduce a record label to two or three records… But I invite all those that do not know us yet to come and discover the universes of Sonic Area through “Explore”, Twinkle “Le Jouet”, Chrysalide “Lost In A Lost World”, Mind Necrosis Factor “Morphogenesis” and Ten Data Keshin “Neo Neon Generation”.

Firstly, if one would re-do everything, we’d love to have started earlier. I don’t have many regrets concerning the management of the association, if not for the fact that maybe we should have conceived a relatively less ambitious festival than Noxious Art.

8 – An obvious question, but what is Audiotrauma’s ‘relationship’ with the Internet? From promotion tool and digital sales to file sharing and piracy, how has it affected you?

The Internet has evidently an important role in the life and evolution of Audiotrauma. The web is a vector and tool, inseparable from the emergence of digital alternative cultures. A tool for promotion and diffusion.

Nevertheless, I think that, like all performers from the underground musical culture, we have a paradoxical relationship with the net. Indeed, file-sharing or piracy evidently have an effect on the label’s record sales, but hasn’t the free diffusion of the label’s music simultaneously contributed to the label’s recognition?

We have no hatred whatsoever for pirates and we are morally against the establishment of penalties for people who download music.

The announced death of physical supports (CD, vinyl, DVD) has made us question ourselves on the concept of web labels. We are currently working on it and we think that by the autumn of 2008 all Audiotrauma productions will be available as legal downloads. Still, we consider that the rates charged by platforms such as iTunes and Snocap is too high… In the long term, we would like to be able to propose our own download portal.

That being said, as long as we manage to sell our CD releases we will continue to please the last fetishists of the disc-object (of which I am part of) by continuing, for as long as we are able, to release CDs.

10 – Perspectives for the future, what lies in the horizon for Audiotrauma? Can you share some long-term goals and where would you like to see the label heading to?

We have difficulty in seeing ourselves in the long-term… For the moment we already have several releases prepared for the autumn and we continue to work on the professionalization of our activity.

Deep inside, and if the opportunity presents itself, we have not abandoned the project of perhaps organizing a Noxious Art 3.

I would love to make you discover Lewsor (digicore) and Le Diktat (hip-hop electro-industrial), two of our future signed artists on Audiotrauma. I would also recommend the project of a friend from Strasbourg which does not enjoy the recognition it deserves, so wonderful is his latest album : Neon Cage Experiment.

Thank you for your support and welcome to the traumatized family!