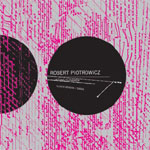 Being a musician myself, and very much a so-called ‘gearwhore’, I am always curious on how different synthesizers sound. More so because most of them aren’t really cheap to add to one’s collection. How does it sound? What are the possibilities? How are its dynamics? All valid, yet tricky, questions to consider before deciding on your next buy. There are several artists who make releases based on a certain sound or soundsource. One of the best known is Aube. If you Google his name you might find this page (http://rgnz.free.fr/aube/aubesolo.htm) which includes several of his releases, with the addition of the soundsource for that particular release, and some of them are particular synths.
Robert Piotrowicz created the album “Lasting Clinamen” with only the Doepfer A-100 system to work with. Partially that is an easy project, because the Doepfer A-100 (http://www.doepfer.de/a100e.htm) is a modular system with many possibilities and even so many extension possibilities. On the other hand it is a tough job when you are trying to create various dynamics from the same source. How not to make them sound alike? The result on this album is good, and for noise and drone musicians considering buying a Doepfer A-100 System this is a good CD to listen to, so that you can expect soundwise. On the other hand, the CD could have used a bit more dynamics in composition: at first glance it has two noise tracks and two droney ambient tracks, so for an average listener there might be a bit too much repetition.
For sound freaks on the other hand, there is quite a lot to discover. Track one is hard noise, faintly reminding of basics that can be found in power electronics. Track two is a nice deep drone with smooth modulations, but suddenly “something” is breaking the tension after five minutes. The third track resembles track one a bit, albeit with more structured design in the sound. It’s building up towards a massive wall of sound, and breaks down again two minutes before the track ends. Finally the fourth track is a combination of the structure, noise and modulation from track two. Again the word massive comes to mind. The modulations in this final track get so extreme it sounds like a man screaming.
Definitly worth it for the “freaks”, though if you’re looking for some easy listening ambience… Don’t even think about getting this one.