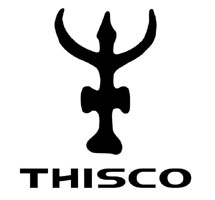 “THIS is a living organism of like-minded individuals sharing the same idea, through thissemination and thispersion of alternative thisinformation and propaganda, speculation, stimulation, simulation.
THIS is the source of our power, the root of our action, the foundation of our existence, our pride, our weapon.
THIS is not a word but only a shadow of an experience.
THIS will empower the skint and inspire the insane.”
– Thistopian manifesto

Founded in 2001, by veterans of the Portuguese underground electronic and experimental music scene, the Portuguese record label Thisco has gained notoriety outside of its home country in over five years of existence. During this time, they have had a regular output of quality releases in a wide variety of electronic music styles, featuring both Portuguese and non-Portuguese artists, some of them reference names in their particular styles. However, despite its international projection, this label remains pretty much unknown in its home country. 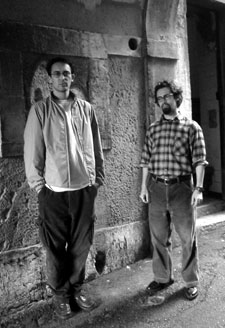 1 – How and why did you come about starting Thisco?

Luís ‘van’ Seixas: Thisco was created with the intent of promoting musical and artistic projects in the Portuguese alternative scene.

2 – When you started Thisco, were there any labels that you could say were a reference/inspiration for your efforts?

Fernando Cerqueira: My main inspiration is SPH – my first label back in the 80s – which released artists such as Fektion Fekler, Mentallo & the Fixer, Suicide Commando, Uwe Zahn (later known as Arovane), Klimperei, Merzbow, Innana, Lieutenat Caramel, Brume, Ode Filipica, Croniamantal, Smersh, The Haters, Blackhumour, among many others. The younger generations in Portugal have no idea of what the national past in electronics really was like.

3 – Almost mandatory question, how did the name Thisco come about?

FC: The Thisco name came to us when Luís and I decided to create the label, from the pre-existent This.co statement. This term means ‘This.corporation’ and would serve as base for several cultural and artistic acts, where ‘This’ would always be present as an idea of an invisible structure. A less known Thisco branch is linked to the 80´s “This statement” in Portugal. We reactivated the groundbreaking purpose of artists from the experimental arts, music, literature, mail-art, cassette culture and all other erratic art platforms, like the emerging ones all over Europe. However, the “right time in the wrong place” situation turns into despair for many Portuguese visionaries and they end up vanishing. Today, an almost secret character, give us some tips about This (www.myspace.com/thistopia).

4 – Since the inception of Thisco, are there any events in the history of the label that you’d consider as particularly relevant, from difficulties and setbacks to successes?

LvS: There were several relevant events in the label history. One was the establishment of Thisco as an association. Another might have been the release of national compilations on an annual basis and, perhaps the most important point, was the contact and interaction established when releasing and organizing events with artists such as Rapoon, Mimetic, KK Null, Jarboe, Merzbow, Dither, Phil Von. In short, people and projects who mean a lot to us given their background.

5 – So far what would you consider as special highlights (or successful) releases and artists in the history of Thisco?

LvS: “Electronic Thisturbance” for the eclectic selection of artists, “Thiscotronica Sample Mind” for being able to represent what is being produced in Portugal and having had excellent reviews all over the world and releasing Merzbow and KK Null albums (“Dust of Dreams” and “Kosmo Incognita”).

6 – Are there any releases in particular that you would recommend as good ‘introductory material’ to the Thisco label?

LvS: All national compilations are fine examples of the creative work made in Portugal. As particularly representative of Thisco’s aesthetics, I personally recommend: “Electronic Thisturbance”, “Shhh…”, the split “Give me Ambiguity or Give me Some Thing Else” and Mimetic Tale’s mini CD “Personal Plot”.

7 – Looking back, do you have any regrets with Thisco? If you could go back and change something, what would it be?

LvS: Regret of things gone less well can only be healed by positive achievements for Thisco. We don’t waste time with regrets, we prefer to learn from past mistakes, allowing us to redefine more constructive strategies.

8 – An obvious question, but what is Thisco’s ‘relationship’ with the Internet? From promotion tool and digital sales to file sharing and piracy, how has it affected you?

LvS: The Internet is a powerful tool for promoting music. As far as we are concerned it can only bring us benefits: expanded and direct contact with artists, new music galore, and interactivity in networks such as MySpace and so on.

9 – Slightly related to the previous question, how do you see the concept of ‘net labels’ and, as a label head, what is your perspective as to the future and evolution of physical media (CDs, vinyl, etc)?

LvS: Surely non physical media supports (bit paradox here!) will become the major vehicle for musical creativity. But I’m a bit square and only reluctantly will I give way over vinyl or other polycarbonate media! There’s some kind of magic in a printed-paper record sleeve or a labelled black record, and we believe there’s a bunch of guys out there who think the same way!

10 – Perspectives for the future, what lies in the horizon for Thisco? Can you share some long-term goals and where would you like to see the label heading to?

LvS: We will celebrate Sci Fi Industries 10th anniversary with a remix album named “Drafts and Crafts” (Mimetic, Xotox, Ah Cama-Sotz and many more), release a very special album produced by Rasal.Asad with the collaboration of major names from the underground scene (Kenji Siratori, Phil Von, Jarboe…) and keep promoting Portuguese acts and artists on compilations. “This Will End in Tears” and “Thisgree and Shadow” are the forthcoming releases.