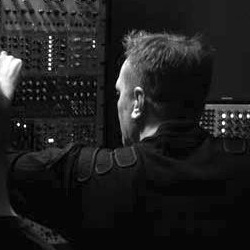 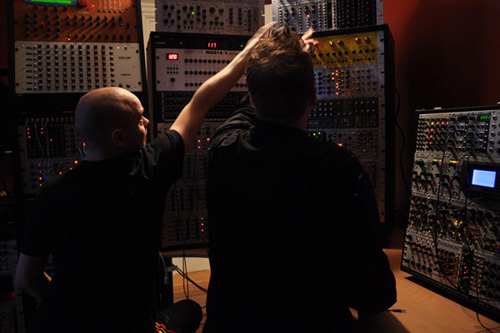 Can you name a few influences that helps with the creative process?

Like most artists I think I’m influenced mostly by daily life. The experiences you have provide enough narrative for a life-time of work. The crap music you hear in an office building or grocery store. The idiot(s) at work. That guy you friended on Facebook but you’re not sure why because everything he says pisses you off. Lack of sleep. Having to wake up when you *can* sleep. The weird marking you saw on an abandoned building while traveling. It’s all an influence in some way. For me personally, I grew up in New Orleans. Since moving from there, a storm destroyed all my families earthly possessions and an oil company poisoned the earth, and hence the economy of the region. I have no lack of influence.

In a narrative sense, beyond my own life story I get most of the inspiration fiction I’ve read. Lately i’ve been reading using the Kindle app a lot on the iPad. Every time something strikes me as particularly interesting or as a potential song title, i use the highlight feature. Then when I’m looking for this type of inspiration I can just pull up the list of everything i’ve highlighted. Pretty useful really.

In a technical sense, I find the tools you use are not only a means to an end, but an influence themselves. The way a particular application forces a certain workflow on you has a big influence on the result.

Why have you chosen the name synnack for this project?

synnack started as a collaborative idea between me and a few friends after I left the band cut.rate.box. We were building a web site where you could share works in progress and have other people contribute to a song. We were all into Open Source software at the time and wanted to extend that idea to music. In computer networking terminology, the protocol used by the internet, TCP/IP, has specific packet types for establishing connections. We used the SYN and ACK packet types (synchronization and acknowledgment) from the protocol specification as a metaphor for what we were doing. The name synnack started then and after I decided to abandon the web site idea (no time) I kept the name for the music that continued on from those early collaborations. 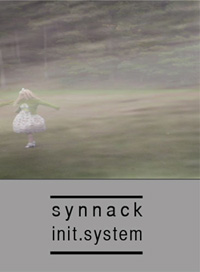 Can you tell us about the move from cut.rate.box to synnack?

That was so long ago I’m not sure I really remember much about it. I’m proud of the work I did as cut.rate.box but I outgrew the EBM style I was working in. In college, I majored in Art and had worked in abstract painting. At some point I realized that the painting i was doing was really a substitute for the type of music I wanted to create, but could not within the cut.rate.box style. The other half of c.r.b. wanted to continue on in the EBM genre, and I was about as sick of that as you can get. So it was just time to move on. When something becomes such a formula, its time to change.

What do you feel is unique and different about these two projects?

It would be a shorter list to think of what is the same. In fact the only thing I can think of that’s the same is both projects had a big focus on music technology. However, the technology I use now was not available back in the c.r.b. days. My main sequencer, Ableton Live, gives me an ability to write music by performing it in a way that was not possible then. With synnack there is an increasing focus on spontaneity and original sound design where every sound you here was built from scratch. In c.r.b. we used a ton of sample libraries and variations of presets. The writing process, while at times experimental, was mostly a traditional approach of building a song around a beat targeted at dance floors. With synnack I specifically avoid all presets, doof doof doof beats, and repetitive arpeggio-driven baselines.

Obviously another key difference is synnack is purely instrumental. In c.r.b. the music was there to support the vocals in some ways. In synnack there are no vocals so the music has to stand on it’s own.

Can you give a insight into what your studio gear/set up is?

My studio is mostly a Mac Book Pro connected to Mackie studio monitors through a MOTU interface. After c.r.b. I sold off all my hardware and focused purely on software for years. I’m a bit of a music software nut. I like building my own virtual effects and instruments using Max/MSP, Reaktor, and now Max for Live. As for software, my main tools are the Ableton Live Suite and Max for Live. I’ve found that limiting yourself is a new type of inspiration. Even in terms of software i’ve narrowed down what I use. After years of obsessing and collecting software, I know undoubtedly now that you get better results learning very few tools really well, versus knowing a bunch of things a little bit. So I have been sticking to just with what comes in the Ableton suite, and what I need that’s not there, I write myself in Max for Live. My work with Max for Live, and the web site I built to share these custom devices, www.maxforlive.com, recently got the attention of Ableton and I’ve become an officially sponsored artist of theirs.

In the past year I have also gotten into analog modular synthesis so my hardware collection is growing again. I have been building my own modular using mostly Deopfer A-100 series modules. The new synnack “v.25” release was done in collaboration with Dave Jones from Attack Sustain. In his studio, subHarmonic, there are many many modular synths and circuit bent devices that we used on the latest release. I actually documented this on the synnack blog for fans interested in the details of how the new work was made. You can read all about it here: http://www.synnack.com/blog/post.php?id=20

Is there pieces of gear you have a eye on?

I’m pretty happy with the setup I have. I’ve been tinkering with using an iPad to control stuff in my studio using TouchOSC. I know consciously that limitation is powerful so I’m only looking at a few things to beef up the new hardware modular system. Fortunately in an ironic sense, that stuff is pretty expensive so I’m forced to grow it slowly over time and not compromise limitation or get too distracted. I have to say if money was no object though, I’d order a Moog Voyager Electric Blue. http://www.moogmusic.com/voyager/?section=product&product_id=163

Would you like to mention any artists from Force of Nature?

Sure. There are a bunch of releases planned. There is a new experimental release by The Maggot Farmer called “The Waiting Room” coming this month. We also have debut release of The Carapace coming. This is the new project by Josh Colella of Scrap.edx. I love his new stuff. He’s had a very similar progression to me in moving on to new styles outside of the industrial scene. I can’t wait to get this stuff out.

There also a unique collaboration release coming out on the label later this year. It’s sort of an exquisite corpse idea where each musician writes 30 seconds of music inspired by the last 30 seconds by another artist. Matt Fanale from Caustic curated the release and Asche, Mothboy, Tonikom, Hecate, Nerve Filter, Displacer, CDatakill, Null Device, Keef Baker, Prospero, Monstrum Sepsis, and Abelcain. It will be released as “The Exquisite Mix” later this year. Very cool stuff.

How did the transition of force of nature come into your hands?

Since signing synnack to the label, I got more involved over time out of necessity. The label needed a new web site and online selling capability so I built it all. Peter Lee who founded Force of Nature had a kid and the amount of time he could spend on the label shrank significantly. Since I had been doing everything at that point anyway it just made sense for me to take it over. 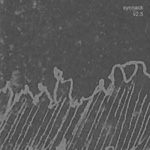 Do you have any new releases coming out soon?

synnack “v2.5” was just released. This is the latest full-length release and the first using the analog modulars and working with Dave. “v2.5” is available from www.forceofnature.cc both as a free MP3 download, and for $4.99 in a high-quality FLAC format that includes in extra track, additional artwork, and a code to download a ton of exclusive stuff as part of our supporter system. Both versions have a remix by The [Law-Rah] Collective.

We also started taking pre-orders for the new synnack DVD. Creating a video DVD is a massive undertaking. It took 3 years and countless hours but the final result is very unique. It isn’t an hour of flashy VJ effects like so much of the video work I see. It was done more like a film, complete with a story line, actors/actresses, tons of video equipment, and a million hours of editing. Only 300 of these will be printed and they’ll start shipping by the end of Sept. so pre-order a copy soon.

More info on both of these can be found on www.synnack.com. If I’m lucky, Connexion Bizarre will even review them. :-D

Finally, what is the final thoughts you want to leave the readers with?