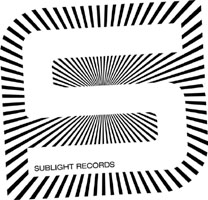 Sublight Records is a record label based out of Winnipeg, Canada, which was started by Aaron Rintoul in 2004. During its short existence, Sublight has gained notoriety for becoming one of Canada’s prime electronic music record labels, with releases in various fields of electronic music, from IDM and breakcore to drill’n’bass and experimental. Its impressive roster of artists includes powerhouses such as Venetian Snares, Richard Devine, Datach’i, Doormouse, Bong-Ra, Somatic Responses, Dino Felipe and Belladonnakillz. 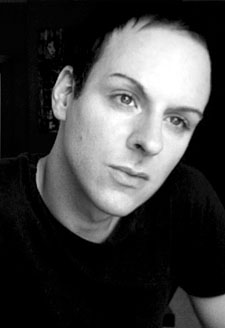 1 – How and why did you come about starting Sublight Records?

For me it was a way to be involved with the music that I listened to and found inspiring.

2 – When you started Sublight Records, were there any labels that you could say were a reference/inspiration for your efforts?

Definitely, l liked what labels like Skam, Hymen and Planet Mu were doing and at the time there really were no labels here in Canada releasing anything like it.

3 – Almost mandatory question, how did the name “Sublight Records” come about?

The subterranean aspect of the name kinda expressed how I felt about the scene, especially here in Winnipeg, with so many great artists below the surface just waiting to be discovered. I remember going to see Venetian Snares and Fanny shows here in dingy barely heated clubs where 10 people and the artists’ girlfriends would show up to watch. I also liked the progressive sound of the name, the music always seemed way ahead of its time.

4 – Since the inception of Sublight Records, are there any events in the history of the label that you’d consider as particularly relevant, from difficulties and setbacks to successes?

Selling music these days isn’t easy, I consider getting this far a definite success. There are always setbacks when your running a business, the biggest one for me involved manufacturers not wanting to print my second release, Venetian Snares “Horse and Goat” due to the explicit cover art by Trevor Brown. Another Time I had problems with an album by Shitmat full of mashup samples that was flagged by over six manufacturers for copyright infringment, I ended up not releasing it because no one in North America wanted to touch it. But overall I think Sublight’s success outweighs it’s setbacks, one of the most memorable moments for me was being chosen in XLR8R Magazine’s Top 25 labels issue for 2006 among labels like Sub-Pop and Ghostly, who I have a lot of respect for.

5 – So far what would you consider as special highlights (or successful) releases and artists in the history of Sublight Records?

I love all the music I release, but in terms of most successful albums I would say Venetian Snares “Winnipeg is a Frozen Shithole”, Method Of Defiance “The Only Way to Go is Down” and Richard Devine “Cautella”. Wisp’s debut album “Nrthndr” was met with allot of excitement and glowing reviews. The Flashbulb who was the first artist signed to Sublight continues to release some of my personal favourite albums along with Belladonnakillz, Datach’I, Enduser and Bong-Ra whose albums are always in my CD player. I just released a CD and DVD by artist French artist Ra called “Wxfdswxc2” that is getting allot of attention right now. There are too many large and small successes to list here.

6 – Are there any releases in particular that you would recommend as good ‘introductory material’ to the Sublight Records label?

I released a compilation that is a great intro to Sublight it’s called “Eyelicker” it has 14 different Sublight artists on it doing exclusive tracks and it gives you a really good feel of what Sublight is all about. It also features beautiful artwork by Trevor Brown.

I try not to think that way seeing I can’t go back, but yeah of course I could have done things differently maybe saved myself some time and money, but that’s just part of the learning curve when you’re doing something new and hindsight’s always 20-20. When I started Sublight I never thought I would get this far. It was a bit of a pipe dream and I really had no idea what I was doing, I had never run a business before.

8 – An obvious question, but what is Sublight Records’s ‘relationship’ with the Internet? From promotion tool and digital sales to file sharing and piracy, how has it affected you?

Because Sublight is only 3 years old I haven’t felt the sting that some other labels have by file sharing and piracy, where their sales have literally dropped 75% over the the last 7 years, but each year I do notice a drop in physical sales, it does affect all labels and I always wonder when the day will come that I won’t be able to make my money back on CD releases. I think music has lost its value in the eyes of most people, they know they can get it for free just by downloading it. I was in the car with my mom the other day a song came on the radio and she turns to me and asks “do you know where I can download this?” At the same time people are opening up to paid downloading, but I wouldn’t say I could survive on digital sales alone just yet.

I know a couple labels who have gone ‘digital only’, and when you don’t have to pay thousands of dollars manufacturing for an album and then ship it out worldwide to distributors it’s a very enticing option. As much as I don’t like the idea I think that optical media is quickly becoming a thing of the past and vinyl has been for awhile now. At the same time I have no plans for Sublight to be ‘digital only’ in the immediate future, I still like owning something I can hold in my hand that has the artwork and packaging.

10 – Perspectives for the future, what lies in the horizon for Sublight Records? Can you share some long-term goals and where would you like to see the label heading to?

I think I have accomplished more than I set out to already with the label, now I just want to have fun releasing music that I think is great. I can tell you what I have planned for this year though. I have a great new CD by Venetian Snares coming out March 29th Called “Pink+Green”. I have a solo album from Method of Defiance member Submerged coming out featuring everyone who was on the Method album like Bill Laswell, drummer Guy Licata, Toshinoro Kondo and others. I am in talks with Richard Devine to do his next album which will include a 5.1 surround sound DVD mix of the album along with the regular CD version. Also awesome stuff scheduled from now until summer from newcomers Lynx And Ram, Sublight veterans Fanny and The Flashbulb, Datach’I and many more.

Thank you. Thanks for supporting Sublight!