Established in January 2004 by Nao Sugimoto (aka mondii) and based in Tokyo, Japan, Spekk explores and focuses on various interpretations of minimalism ranging from experimental electronics, electro-acoustic to field recordings and unclassifiable tones – whether they are structured / non-structured or improvised / non-improvised or even just documents of phenomena. All the artwork is designed by mondii & uison in custom made book-shaped paper packs.
– adapted from the Spekk website 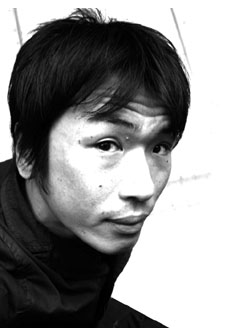 1 – How and why did you come about starting Spekk?

I started Spekk because I was already running another label called Plop, and there were many things that I wanted to release but weren’t in the lines of Plop, so I decided to launch another label dedicated to minimal music.

2 – When you started Spekk, were there any labels that you could say were a reference/inspiration for your efforts?

Yes, the 12K label was a big inspiration for me. I’ve always liked their approach of running a conceptual label. And actually, our first release is by the owner of 12K, Taylor Deupree. He gave me a demo and it really pushed my back to start Spekk.

3 – Almost mandatory question, how did the name “Spekk” come about?

It comes from the word “spec” but I didn’t want to make it sound too serious so I thought I would change the letters a bit.

4 – Since the inception of Spekk, are there any events in the history of the label that you’d consider as particularly relevant, from difficulties and setbacks to successes?

I have never thought about difficulties because I was aware from the start that it’s not a profit making label due to the concept and the music we were trying to release. I just followed my passion and focused on releasing materials that I really believe in. I don’t know if you could say it as a success, but there were many good memories, like being invited to Sonar festival, or like our rather recent release, “Mesoscaphe”, which was permanently archived into a museum in Vancouver, etc.

5 – So far what would you consider as special highlights (or successful) releases and artists in the history of Spekk?

Every release has its own intentions and meanings so it’s not easy to mention a particular album, but in terms of sales, “January” Taylor Deupree, William Bashinski + Richard Chartier, “Room with Sky” John Hudak, “True Delusion” Andrey Kiritchenko, “Cycla” Level all sold quite well.

6 – Are there any releases in particular that you would recommend as good ‘introductory material’ to the Spekk label?

I would say our “Small Melodies” compilation album as it encompasses are diversity from more digital to analog sounds.

Yes, I always think I should have pressed more when our releases go out of print! Because of the expensive packaging, we could only repress them in 1000s which would be too much for a repressing quantity.

8 – An obvious question, but what is Spekk’s ‘relationship’ with the Internet? From promotion tool and digital sales to file sharing and piracy, how has it affected you?

The internet has definitely helped us in many ways especially in communicating and promotion. It is so easy to deliver information regardless of where you live. I remember I had to fax or make international calls each time to communicate with other foreign labels before.

9 – Slightly related to the previous question, how do you see the concept of ‘netlabels’ and, as a label head, what is your perspective as to the future and evolution of physical media (CDs, vinyl, etc.)?

First of all, I’ve never downloaded any music (from so-called download stores) and I don’t even have an iPod so I might be an old type of guy… But I always like to have the actual CDs in my hand. My memories of favorite discs are input with the artwork cover. But I’m not against that or anything… I sometimes even think about starting a netlabel because it’s a good way to get the music out so quickly without worrying about the costs. But then again, it feels too instant for me just to deliver the audio files. It would reduce more than half of the energy I’m putting into a release right now but that’s sad in a way. I don’t know where the future goes but I sure hope to make the artwork for my releases.

10 – Perspectives for the future: what lies in the horizon for Spekk? Can you share some long-term goals and where would you like to see the label heading?

I can’t imagine any goals in this because my aim is to keep the label going as long as I could. But in order to do so, I would need to keep myself fresh about how and what I release.

There are too many to mention but at the moment, I would like to recommend an artist from Japan called Fuqugi, which I will be releasing on my other label, Plop. I’m always happy to introduce new artists from my country. Please check his music on MySpace (http://www.myspace.com/fuqugisounds).

Actually, this year is our fifth anniversary and I would like to thank the people who have supported the label for the past years. And there will be many releases this year from artists like Dirac, Federico Durand, Peter Wright, Celer, Stephan Mathieu + Taylor Deupree and more.