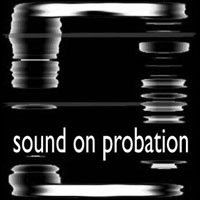 Some labels exist essentially as a vehicle for the output of a single artist and his several project. To date, that is the case with French label Sound On Probation owned by Laurent Perrier. In the 80’s and 90’s Perrier was part of the industrial projects Nox and Cape Fear and ran the Odd Size label, more recently he is known for work in the field of choreographic music and for releases under the names Zonk’t and Heal. 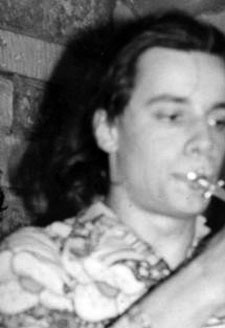 1 – How and why did you come about starting Sound On Probation?

I immediately created another label, Sound On Probation, to release my own music because after all these years of helping to release other peoples’ music, I felt needed to spend time looking after mine. It was around that time that I started to compose for choregraphies. I released the first Zonk’t, the first Heal (and toured with a bassist and a drummer) and the split Zonk’t/Electronicat. Then I let the label sleep for a while because I got bored with production, distribution, as well as doing promotion, etc…

I let Brume Records release “Itching”, the second Zonk’t album. I carried on recording tracks and sent them to labels but slowness in relases and a real lack of interest made me lose my motivation.

One morning, in 2005, I suddently wanted to get back to it under the ‘do it yourself’ ethos. If you want things to happen, you need to so them yourself. Stay free releasing records when I wand and how I want.

2 – When you started Sound On Probation, were there any labels that you could say were a reference/inspiration for your efforts?

No, because for now Sound On Probation only releases my own records. For that reason, it can’t be like another label. It is going to change soon because of collaborations but also because of first albums from unknown artists.

I like unconventional approaches. It is quite easy to create a label but much more difficult to work on each release as part of a whole unity. Many labels spend too much of their time searching for a style of music more than its content. I like people who surprise me. To release an album totally different from the previous one or have fun adding jazz elements to a dark ambient album… It’s just a matter of making it sound good.

People always write that it is difficult to Zonk’t albums are hard to classify. Are they dub? Techno? Industrial? Ambient? Glitch? Minimal? Experimental? I take it as a great compliment.

3 – Almost mandatory question, how did the name “Sound On Probation” come about?

A friend of mine (Samia Doukali), who also wrote lyrics for me, found a funny name that sounded good. She also found Zonk’t. You should actually write ‘Zonked’ but because French don’t pronounce it right, I decided to remove the ‘e’.

4 – Since the inception of Sound On Probation, are there any events in the history of the label that you’d consider as particularly relevant, from difficulties and setbacks to successes?

Not really. Because I do everything myself, from composing to diffusing, I am pretty much in control of events.

5 – So far what would you consider as special highlights (or successful) releases and artists in the history of Sound On Probation?

The most known project is Zonk’t, maybe because it is the project with the most releases (4) and maybe as well because it links my most experimental projects with rythmics and more ‘readable’ compositions. However, there is no big or bad sales at Sounds On Probation. We always make 500 copies of each record and all of them nearly get the same results in terms of sales or promotions. I am quite realistic, I have quite a long experience regarding production or record sales. I know that success does not depend on quality but is more han often the result of a misunderstanding. I expect at least that that sales cover the fabrication and promotion costs. I don’t really expect to make money with my records; I really see it as a promotioanl tool. Release a record serves mainly to prepare the next one.

6 – Are there any releases in particular that you would recommend as good ‘introductory material’ to the Sound On Probation label?

No, because every project is different and all of them take part in the label’s aesthetics. Saying that, quite often, I am tempted to recommend the latest release.

No, not really. When I release a record, it has a life of its own with parameters that I can’t really control. I don’t really expect anything when I release one and that is quite charming. I always do the same promotion for each of them and put the same amount of energy into it. I compose, do the mastering, follow the making, promote and distrubute them. My wife, Véronique Weil, creates the covers. We work as a family, without any pressure but still willing to do it quite seriously.

8 – An obvious question, but what is Sound On Probation’s ‘relationship’ with the Internet? From promotion tool and digital sales to file sharing and piracy, how has it affected you?

Similar to everyone else, the internet is a key tool which allows people to communicate in an extraordinary manner. If I compare with the times when I was doing Odd Size, I’ve really gained time and incredible efficiency. I don’t really care about the problem of illegal download. For me, i sis une of the consequences of the faults in the capitalist system. People have been abused for a long time and this is the consequence. We should have thought about it before. I am not really bothered that people illegally dowload my music… Because at the end of the day, it is additional promotion. What I am more concerned about is that people are getting used to listening to music in MP3s, that is to say in a quality much worse than the original audio format.

Since the vinyl format, we live on a recession as far as sound quality goes. For me, the MP3 format is a very good thing for people to discover my music through my site but, if one wants to listen to it as i twas produced, the CD is essential. Moreover, a record is an object with a cover and artwork.

As I have said it previously, I don’t want to release my music into a MP3 format and I am not interested in the idea of releasing albums online. Quite the opposite, I’d like to relase the next Zonk’t album on vinyl. The two last releases are digipack cds and I am interested in carrying on with this format as far as the CD format is concerned, and also develop 7″ and 12″ releases.

10 – Perspectives for the future, what lies in the horizon for Sound On Probation? Can you share some long-term goals and where would you like to see the label heading to?

I don’t really know and don’t really want to have any predefined development plans. I develop the label as I do with my music, in a very intuitive and instinctive way. There may be dozens of parameters, tommorrow, that may lead me in one direction or anoter. I do make things very seriously but I don’t take myself seriously. I like to keep my ‘craftsman’ side. We lose it too much in our civilisations whereas you can see it a bit everywhere in countries like India. Aove all, playing with all this and never become bored.

I really like Frank Bretschneider’s work which I’ve have followed since the beginning. He brings in a really well conceived pop side to the Raster Noton team, and he is the only one who knows how to compose an album by going beyond the original concept. Kinetix also.

More recently, I’ve really liked the output from the Italian label Afe Records and the project “Violet” on Zeromoon. But I only listen to music on occasion as making it myseld constrains the the time I have to listen to the others’. So, I only travel by bike and rarely use public transportation so I can get more time to listen to music. And I now have a room, in my new house, where I have my studio and all my records. I have been relisteing to all my vinyls, which I haven’t done for about 10 years. In the end, my tastes are quite ecclectic: from The Stooges to Frank Zappa, I also listen to Robert Fripp, Meat Beat Manifesto and On-u Sound.