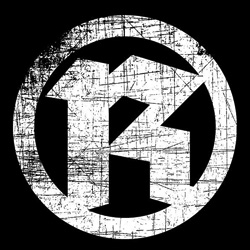 The Berlin based Raubbau label has been on the earth for just four years now and already they have released (amongst others) much appreciated releases by Ordo Rosarius Equilibrio, the always enigmatic Belgian Kraken and Dutch droners the [law-rah] collective. And in the meantime they took the time to pay a well deserved tribute to one of the best hidden secrets of the Swedish Death Industrial scene, Deaf Machine, by releasing not one, but two CD’s holding their complete works. 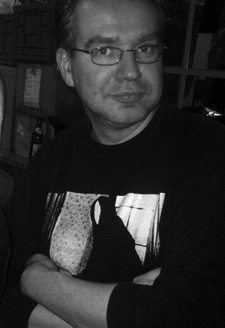 1 – How and why did you come about starting Raubbau?

As for the label: an apple tree, an afternoon of a hot summer day, hanging out with friends, a common idea. I already had the idea to add a label to my activities. And I already was (partly) involved in Formosan Records with which we released amongst others a 7″ by Atrabilis Sunrise.

2 – When you started Raubbau, were there any labels that you could say were a reference/inspiration for your efforts?

Business wise: Ant-Zen (I love the way S.Alt is running the business, his dedication, the power, the artwork). Soundwise: Tesco, Loki & Cold Meat Industry until 2004 (I like labels with an excellent taste in music allowing me to buy their records without being forced to listen to new records first)

3 – Almost mandatory question, how did the name “Raubbau” come about?

To be honest, I really don’t remember. I tried to recollect the past and ask friends but with no luck. It might be possible i just liked the sound of the word itself. I registered the domain in the Summer of 2001 and just for fun but I had “Raubbau” in mind for at least one more year. After that I used the name for the promotion of concerts in Berlin since 2001. Nowadays it’s just great to have that name since no non-German is able to pronounce it properly.

4 – Since the inception of Raubbau, are there any events in the history of the label that you’d consider as particularly relevant, from difficulties and setbacks to successes?

It’s not label-related but related to my other activities: the first show in May 2007 when Rene started helping me.

Every time I have a new release in my hands it’s like Christmas. I really adore those moments.

Beeing able to release such old shit as Deaf Machine was great. Especially since I only dealt with friends – Bauke convincing me, knowing Micke’s sound already for years, Magnus being responsible for the restoring of the old tapes.

5 – So far what would you consider as special highlights (or successful) releases and artists in the history of Raubbau?

I am very happy I listened to my dear friend Bauke and re-released the Deaf Machine tapes. And of course the release of The [Law-Rah] Collective on my label. The release of the Ordo Rosarius Equilibrium 10″ should also be mentioned. Pretty troublesome production, very late delivery (two days before Maschinenfest…) but sold out in no time.

6 – Are there any releases in particular that you would recommend as good ‘introductory material’ to the Raubbau label?

It’s hard to choose something from the back catalogue, but if I must: both Deaf Machine CDs.

Not making any contracts with bands once we agreed on a release. Besides that there is nothing to regret.

Also not having magic powers to make bands finish their records. Waiting sucks :)

8 – An obvious question, but what is Raubbau’s ‘relationship’ with the Internet? From promotion tool and digital sales to file sharing and piracy, how has it affected you?

It’s heaven and hell, a blessing as well as an annoyance… And both at the same time.

9 – Slightly related to the previous question, how do you see the concept of ‘netlabels’ and, as a label head, what is your perspective as to the future and evolution of physical media (CDs, vinyl, etc)?

Net labels are a great idea if you don’t need or want physical releases. I wouldn’t want to do things without physical releases. I would probably stop the label if I would be forced to stop the release of CDs or vinyls. I am a record collector and I want to have an actual release in my hands, not on my hard disc. Or i will release on tapes. I still have shitloads of tapes in my basement.

10 – Perspectives for the future, what lies in the horizon for Raubbau? Can you share some long-term goals and where would you like to see the label heading to?

It’s too early to talk about upcoming records since I don’t like to talk about new releases in advance. Esspecially since I already have releases delayed for years, and even one delay that turned into a cancellation. The next record will hopefully be mixed and mastered as we speak.

Troum – long time favorites of mine, the best drone band on the planet.
Fjernlys – just discovered the project this year, just fantastic music.

Thank you for the interest in us. For your time and your support.