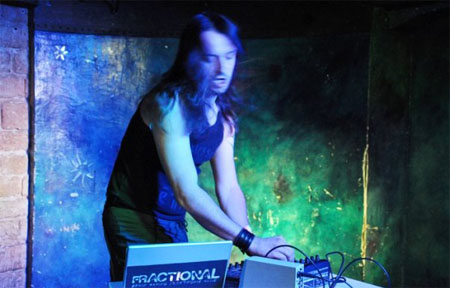 “Fractional is Eugenie. Her music can be qualified as Gothic Erotica I guess, a dark and brooding Electronica with a strong Jungle aftertaste. She literally vomits his brokenbeats and tortures them to submission, waxing them with various bleeps and crackles, smearing almost mystical pads on their bruised bodies.”

So how are you doing?

So how long have you lived in Belgium? What’s good there? Bands/clubs/scene, etc.?

In fact, since I was born!

And what’s good here? Beer, of course… But, you know, Belgium is a very small country so it’s quite difficult to find events or labels in the underground sphere.

That actually surprises me. From an Alaskan perspective I would expect any foreign country to really have more going on than we do in Alaska (being born and raised here myself). It sounds that we may have a comparable environment in that respect.

Really…? But I’m sure we have higher temperatures here… ;-)

Do you notice a difference between the Belgian/European music scene and that of the US in terms of acceptance by the audience and possible content?

To tell you the truth, I don’t know the American scene very well. It is the first time that I’m releasing an album on a label from the US. I think that everywhere the quality exists but maybe not the quantity. It means that in every place I think we can find a good and accepting audience, but it can gather either less or a lot of people. 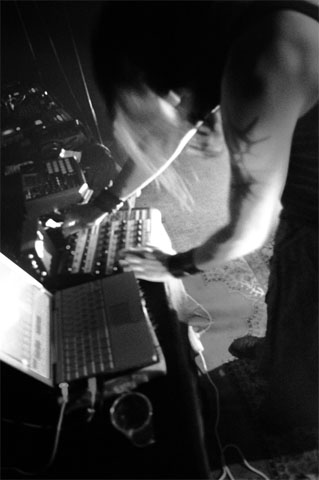 How did you come up with the name Fractional?

To tell you the truth, I don’t think that the name “Fractional” is so significant… I started this project in 2003 and I choose it because I thought it was something “strong”, easy to remember and, most important, something that could correspond to the kind of treatment I inflict on my sounds.

What does your typical treatment of a song involve? Revision and reprocessing of sounds, etc.? It seems that many artists go through a long process of revisions to reach a final product. Also when you begin working on a song such as “Blood” do you set out with a sound or emotion in mind or is it a free flow of creativity that begins to define its own shape and emotional content?

Contrary to most of my tracks, “Blood” was created by a chord progression in the beginning. After finding my starting point, it is, yes, as you said, “a free flow of creativity that begins to define its own shape and emotional content.” Usually I don’t use a chord progression, but different kinds of sounds that I sample. And then I let my emotions do the job!

Your style is a nice merging of a whole bunch of different electronic styles (breakbeat, drum’n’bass, IDM, etc). What made you want to work with this style of music? How did you get into this kind of stuff?

“How did you get into this kind of stuff?” Naturally!

People usually say that my sound has evolved between electronica, drum’n’bass, breakbeat and industrial music. In fact, I would say it’s like a fusion which came to me. I never imposed upon myself a unique style and, on the contrary, I like to vary the tensions. It’s in this diversity that I can express myself. So, absolutely, this “nice merging”, as you said, came naturally!

How did you become a part of both Tympanik Audio and Brume Records?

Gwenn from Brume Records and Paul from Tympanik Audio are friends, and have already co-released a Flint Glass CD in the past. They both decided to release my new CD together, and that’s great for my album to have greater promotion and distribution worldwide.

Why did you name your upcoming album “Blood”?

As my last album was called “Come Mierda”, “Blood” could mean a lot of things… In fact, it depends from which point of view you approach it. And I really want to allow others this freedom.

Would you say with your music that you tend to let the listener interpret the meaning of a song on his own, or do you try to explain your intentions, lead the listener, or evoke a specific emotion?

When I create a track, I really want to let the listener feel and interpret his own meaning, even if I give a key to interpretation that can lead them. Helped by this key, you can open several doors, and thus, find your own meaning. 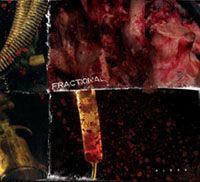 The premasters you sent me for this album are incredible (thanks again Pierre). The new material seems to be a great mix of aggressive elements and also some downtempo/IDM elements. With the variety of genres are you trying to appeal to a larger group or just doing what comes naturally?

As you guessed, these tracks come really naturally to me. They are the representation of my emotional state.

The flow works well but, you have to admit, shifts pretty rapidly from song to song. Who do you think will enjoy the new material? Will it appeal to your longtime listeners, or do you think it varies from your prior releases?

All my releases are very different. If you listen the first EP, “Laous”, and the next album, “Aliwen”, you can also hear a lot of differences. I think the listeners who like Fractional are accustomed with the variations. I hope they’ll still like the new album, and I don’t know if new listeners will appreciate it.

You’ve been collecting a bunch of remix tracks of songs from the upcoming album from different artists. Will these be released as a companion download release, or as a separate disc in the near future?
What is your opinion of remixes? Good, bad or indifferent? Is this going to be something that you continue on future releases?

In fact, I wanted to be surprised by the different interpretations that could be made out of my tracks. That’s why I gave the opportunity to anyone who wants to make a remix. I didn’t exclusively ask only artists that I know. And what I think about it…? It really depends on the remix! There aren’t ‘bad’ remixes. Some of them are excellent, very creative ones.

If you don’t mind me asking, who do you have onboard for this download release? What makes a ‘good’ remix for you personally?

A good remix, is one made by someone who has understood the track. Like that, he can appropriate the music, extract his soul and reinterpret it to create a new mix, different but with the same spirit.

Tell me about the Fractional’s studio. Hardware/software? Do you have a weapon of choice?

My studio is a mix of hardware and software. I use Cubase and Ableton Live Suite.

I have also some hardware synths: a Waldorf Q, a Waldorf Pulse, a Nord Modulard, An E-mu E-Synth… and the weapon ;-) is a Korg Ms20 which is routed into a Sherman Filterbank.

Do you think the availability of DAW programs has improved the genre, or simply flooded it with mediocrity?

DAW programs are just a tool. It won’t change the capacity to write a good track. If you can make good music with it you can also make it with Hardware. Personally, I began with a hardware sequencer but now I work with DAW because it is faster; I have more possibility with audio treatment.

Anything you would care to say to the readers and fans out there?

Any future plans for the project or potential side projects?

Yes, a new album. I am working also on a new project with a singer. I’ll let you know more about it later…

Looking forward to the new release and please keep us all informed on the upcoming projects as well, Pierre, and thank you for your time.

Blood from Fractional Blood on Vimeo.