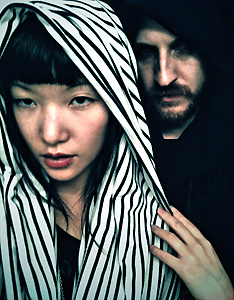 Hailing from San Diego, California, ΔAIMON are becoming a duo to be reckoned with. Widely recognised as part of the growing Witch House scene, but covering the likes of Swans, and having influences like Throbbing Gristle, Coil and Foetus, amongst many others, they seem to share a close link to both noise and industrial music as well.

Thank you for agreeing to this interview. You’re a fairly new artist to most of our readers, so how would you describe your music to someone who has never heard you before?

Thanks for the offering and expressing interest! We are generally categorized in the genres of Witch House, drag, drone, and noise, although these labels tend to be fairly fluid. Like many of our peers in the same genres, we have a sound that is specific to ourselves. In a few words, our music can be described as dark, cinematic, brooding. I feel in particular that there’s a heightened climactic sensation of foreboding that borders on the edge of being sexual. The arousal of the senses.

How did you first get in to electronic music?

The two of us in ΔAIMON come from vastly different music backgrounds. Speaking for myself, my first real exposure to electronic music began around 1992, primarily with industrial music and EBM. In that year in particular there was a remarkable amount of new styles developing from old school sounds; being especially interested in the genre’s roots I spent my formative years systematically collecting everything I could find from artists the likes of Throbbing Gristle, Einstürzende Neubauten, Swans, Coil, Legendary Pink Dots, Nurse With Wound, Foetus, etc. To this day those same artists remain my primary influences and have profoundly shaped the way I perceive sound and composition.

My personal and archetypal attachment to aggressive percussion sounds inherent in a lot of these artists later paved the way for seeking out heavier and darker experimental music, usually in the shape of drum’n’bass, breakbeat and eventually hardcore/breakcore/noise producers, as well as the more occult oriented sounds of what has eventually become Witch House.

I recently listened to the mix you did for Darkfloor and it’s an interesting selection of tracks ranging from William Fitzsimmons through to Coil. Do you like to try different styles of music in DJ sets?

Thanks for giving our mix a listen. Generally when I begin a mix, I don’t necessarily think in terms of genres but rather decide what ‘story’ or aesthetic I’m looking to convey and go from there. In my opinion, the tracks in our mixes all have a common sense of emotion or lend themselves to representing either a lull, a build-up, or climax appropriate to the overall aesthetic. I can’t really define it much further than that, but in a lot of ways I find myself still emulating the old mixtape style of arranging tracks in whatever way my particular need for expression dictates. So, no, I actually tried to keep a consistent sound but don’t necessarily have a personal definition or interest in what separates genres from each other. 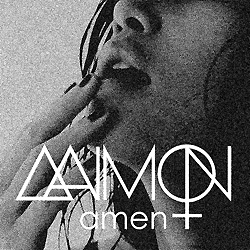 ΔAIMON appear to have been lumped in with the ‘Witch House’ genre, but I think the music you’re making is a lot more interesting than most of that genre, and with you covering Swans, “A Screw (Holy Money)”, I find you have more in common with noise. What is your take on ‘Witch House’, and do you think noise music has a place in this particular genre?

Our particular experience with Witch House has been overtly positive. Although it is generally dismissed by various blogs and audiences as ‘hipster’ or temporary, we’ve seen it expand into a unique and amazing scene of artists. Witch House as a genre can’t be defined by any one style or influence, which has aggravated a lot of people (especially those that need to generalize and categorize everything). In the case of a young genre, there tends to be a lot of unskilled and untrained musicians being inspired to create their own addition to the scene. Whereas one could argue this dilutes the overall sincerity of the genre, I simply find it rewarding to see so many finding inspiration in ours and similar artist’s works. Inevitably the more sincere and interesting artists will be the ones to continue pushing the movement forward. When we started ΔAIMON, we didn’t directly copy any particular sound and I feel that a lot of what sets us apart is our uncompromising focus on creating something that directly reflects our personalities, beliefs, and interests. To answer your question directly, I absolutely believe that noise has a place in this particular genre. The scene and genre itself are incredibly welcoming to all music that carries the appropriate levels of expression and intensity.

You have a strong visual aesthetic that goes with your music. Does art inspire your music?

Art absolutely inspires our music. We began ΔAIMON with the intention of placing equal weight on visual and sound aesthetic, and our lyrics are almost always created with a visual concept in mind. We seek inspiration daily from nature, movies, blogs, and publications. Both of us in the group are artists and, whilst bringing our own style to the project, we have a very common goal and solidified idea of what the ΔAIMON ‘image’ is. I feel it definitely augments our music in offering further indication of the symbolism and intended concepts of our works.

If you could collaborate with any one artist, who would that be, and why?

It’s difficult to answer this as our music is so personal that I find it actually difficult to imagine anyone sharing appropriate attachment and intent. Stylistically I am extremely indebted and humbled by the works of Peter Christopherson who passed on recently. His attention to the spiritual and aesthetic response of music would have been amazing to witness as a collaborator. Within our peers we have the great privilege to know many extremely talented artists that offer their communal input on a regular basis. We have actually been planning for some time to work together with the artists FUNERALS, who are a definite favourite of ours. They happen to be amazing people as well as equally ambitious/busy musicians so a collaboration will be dependent on a time when our schedules coincide. 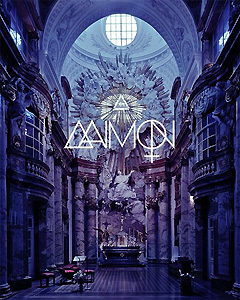 Is there anything else you find particularly inspiring to you as an artist?

We share a strong interest in magic and esotericism. I have studied the occult for many, many years and employ its ritualism and symbolism in everything I do. Nearly everything that works within my interests has been made manifest to me through synchronicity and apophenia. In fact, I find synchronicity evincing its connections so deliberately and frequently that it would be absurd to deny it as a force of inspiration for me. It’s a greatly personal path of mine and difficult to express through such a deliberate medium… Regardless, the occult philosophies attributed within the Hermetic traditions, Kabbalah mysticism, and Jungian systems (among others) are key to understanding the more esoteric ideas our music represents.

Also, at the risk of sounding overly-sentimental, our friends deserve a lot of credit for inspiring and motivating us. We are lucky to be surrounded by so many uniquely creative people who offer their own artistic vision as well as their support.

You seem little known outside some very specific music circles, and outside of California. Are there are any touring plans coming up in the near future?

I agree with the statement that our following is mostly enveloped within specific music circles, but truthfully it is our experience that those music circles are exceptionally open-minded, wide-varying, and expanding the globe. Our location has been mostly irrelevant as our largest popularity is dependent mostly on blogs or social networking sites. Our following in California seems only by default due to performing local shows, while our biggest following actually seems to be in areas such as Eastern Europe where there is more of a scene devoted to darker music. As far as touring, so far we only have plans for one-off shows within the United States. However, we are extremely open to travelling and would welcome the chance to perform for our fans in different countries.

Are there other bands you’d like to share with us? Anything we should be listening to in your opinion?

Part of the reason we are proud to be included among the Witch House scene is because of the huge and inspiring amounts of amazing music constantly coming out of it. Everything from the label Tundra Dubs, whom we work extensively with, as well as Pale Noir Records and Phantasma Disques has been on constant rotation in our music players. We would specifically like to recommend FUNERALS again, along with MASCARA, Vortex Rikers, A N D R Ʌ S, The Ceremonial Dagger, I††, UNISON, Ʌ, Strange Powers, RΛIN, Myrrh Ka Ba, Petra Schelm, and Raw Moans.

For a wide variety of beautiful and dark collected mixes we always recommend DARKFLOOR Mantis Radio, TXTBK’s CHVяCH XV BяXK3N 7ANGvAG3, and theway peoplestare / Infectious Unease Radio. There’s so much more, but those should be a decent starting point for delving into some of what the Witch House scene has to offer.

Just a quick rundown of projects and events we’re in the process of putting together:
We are really excited about the upcoming Tundra One Year Anniversary Party in San Francisco on October 15th, where we will be performing with the Ceremonial Dagger and Mike Textbeak. We’ve got an “amen” remix collection featuring all of our favourite artists coming out on October 11th, as well as an upcoming 7” vinyl of four new tracks to be released on Tundra (possibly early next year). There’s a cassette edition of “amen” published through the Berlin based Klanverhältnisse Records that is available now, and we are just finishing up two new exclusive tracks for Polish t-shirt designers EVIL EYE CLOTHING to be featured on their online store and look book. We’ve also created a new track for a Robot Elephants vs. Tundra 12” vinyl that will include various exclusive artist selections from both labels.

Also, we’d just like to say that we have been entirely amazed and awestruck by the huge amount of support our fans have continued to show us. We are extremely appreciative, grateful, and humbled. Thank you!