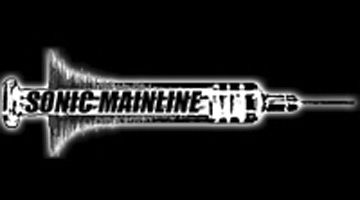 Sonic Mainline Discs was started by Matt Fanale – also known as Caustic -, a DJ/promoter/musician from Madison, Wisconsin (US) with the objective of showcasing and giving exposure to the variety of electronic music being produced in the state of Wisconsin, with special focus on artists from the city of Madison. This label does not limit itself to a single style of electronic music, as can be seen from its roster of artists which includes such diverse acts as Stochastic Theory, Sensuous Enemy and The Gothsicles among many others. 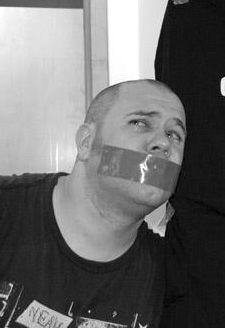 1 – How and why did you come about starting Sonic Mainline?

I started Sonic Mainline in 2003 to release a compilation, “HaLO: The Best of Madtown Electro and Synth,” which highlighted all the bands in the Madison area, from Stromkern and Null Device to The Gothsicles and Stochastic Theory. It also featured the first Caustic track, way before I even mildly knew what I was doing.

We release “regular” CDs (Stochastic Theory, The Gothsicles) as well as CDRs (Caustic’s first EP, the Endif/Caustic “MELD” split, Sensuous Enemy…). The CDRs are obviously done in smaller batches to get word out on the artists less expensively and to test the waters for the big releases which will come out later.

2 – When you started Sonic Mainline, were there any labels that you could say were a reference/inspiration for your efforts?

WTII Records and Nilaihah were always ones I looked to as a means of figuring out what the hell I was doing. Knowing Bart and Dave (WTII) and Kristy (Nilaihah) was helpful in just figuring out basic shit. I also look to Ant-Zen as an inspiration, as they have the family feel that I really respect, on top of putting out incredibly good music.

3 – Almost mandatory question, how did the name Sonic Mainline come about?

Well “mainlining” alcohol is shooting it up (I learned this from Nikki Sixx on Behind the Music – yes, I’m awesome) and I liked the thought of an audio version – direct musical input, right in your veins. It just stuck with me so I used it.

4 – Since the inception of Sonic Mainline, are there any events in the history of the label that you’d consider as particularly relevant, from difficulties and setbacks to successes?

It’s been, up until this year, a very DIY operation and an excuse mainly to pimp out Madison, WI bands. The only time anyone other than Madison bands have been released on it was when we did a DJ sampler CDR for the last Assemblage 23/Backandtotheleft tour, where we tossed on some other pals like Neuroverse, Cervello Elettronico, and Thosquanta.

Learning the ropes was an interesting experience, but in all honesty it hasn’t been too bumpy a road. We get together the CD, send it out, get a nice reaction, and hopefully don’t lose out asses. It helps knowing a lot of other bands and labels from my DJing and promoting shows for the last couple years, as networking is always a big part of it. We’ve gotten better at promoting the stuff, though, and the quality is there so that’s the most important thing.

5 – So far what would you consider as special highlights (or successful) releases and artists in the history of Sonic Mainline?

The “HaLO” compilation will always mean a lot to me because it threw a spotlight on our small but, I think, vital and creative scene here in Madison. We’re a city of a few hundred thousand people but something like 80% of the bands/projects have put out successful CDs and have international fanbases. It helps that bands like Stromkern are just friggin’ huge, but we’re a tight group of friends all doing their thang and are really supportive of each other and help each other out with remixes, production advice, and getting each other shows.

I think by far the biggest successes were releasing Stochastic Theory’s first CD, as that was our first solo effort putting out something into the marketplace. The other was getting The Gothsicles on Metropolis’ Top Ten for 2 weeks. I heard from a friend that Dave Heckman (owner of Metropolis) wondered who the hell The Gothsicles and Sonic Mainline were as they were the only non-Metro band on the charts (I think they got to number 4). That feels good, as it shows people want this music and are willing to pay for it and support smaller labels. Stochastic Theory’s latest was on and off the A Different Drum charts for a month or something too, actually moving up in the charts after its debut. Very cool all around.

I love this city and what we do, so that’s why the label exists. I always find it really disheartening to read about bullshit in other cities where there’s all ego and infighting. I don’t see that as productive at all. Still, sometimes it can’t be avoided but I’m glad we don’t have that here.

6 – Are there any releases in particular that you would recommend as good ‘introductory material’ to the Sonic Mainline label?

I’d say the newest releases from Sensuous Enemy, The Gothsicles, and Stochastic Theory, simply because they’re the best ones we’ve gotten out. Sonic Mainline doesn’t put out one style of music, because that’s not what our scene is, so every disc kicks ass for its particular style and genre. CTRLSHFT’s will be out next year and it’s going to blow up, as it’s a familiar style of harder electro/industrial but with a really tight spin on it that I think people will dig.

7 – Looking back, do you have any regrets with Sonic Mainline? If you could go back and change something, what would it be?

My only regret is not having more time to beat the label over people’s heads. With my day job, wife and pets, Caustic shit, and promoting/DJing I can only allot so much time to stuff, but part of any small label is the artist’s themselves taking the reins to push shit. The Gothsicles sell huge amounts of CDs every time they play live, as do Sensuous Enemy, and all the Sonic Mainline artists have gotten to open for and play with everyone from Assemblage 23, Zoica, Covenant, Iris, Razed In Black, Combichrist, and Voltaire.

Some of the shows I book, but some are because we’re all strong live performers and word gets around.

8 – An obvious question, but what is Sonic Mainline’s ‘relationship’ with the Internet? From promotion tool and digital sales to file sharing and piracy, how has it affected you?

I strongly believe that the internet is the smartest and obviously cheapest way to get the word out on bands in the electronic genres of music. People who listen to electro/industrial/synth, on the whole, are extremely computer savvy, and as much as Myspace and Vampirefreaks get slagged by people if you don’t utilize it you’re a chump. It’s just putting the time in.

As for downloading, you hope that you can steer people clear from it by offering the CDs at a reasonable price as well as sell it on iTunes and whatever for those who prefer getting their music that way.

I think CDs will be around for a while. Some people just enjoy paying for and downloading the music off whatever site they can get it but I think there are still people who like having the disc and the packaging and all that. Personally, I love buying CDs and only use iTunes/pay sites to snag stuff I either lost or can’t find on CD. I think that, as a label owner, if you don’t acknowledge the impact that iTunes/whatever is having then you’ll be left behind and it’s going to cost you money, as since most of us don’t have music in major store chains we need to be extra sensitive to what a pain getting music can be for people who like it in this scene. When it comes to CDs vs. pay download sites, some people like cheeseburgers, and some like hamburgers. You gotta keep the consumer happy-they’re the ones paying for it (hopefully).

10 – Perspectives for the future, what lies in the horizon for Sonic Mainline? Can you share some long-term goals and where would you like to see the label heading to?

As I mentioned we’ll be releasing CTRLSHFT’s next CD, and if they get it done, Sensuous Enemy’s full-length next year. I’ve got a couple other ideas in the works as well and we’ll see if they come to fruition. I don’t feel obligated to put anything out, so the nice thing about Sonic Mainline is that if we have something we know people will like we just do it and try and keep momentum going on it to make our investment back.

I’m always about pimping Crunch Pod (my and Endif’s label), as well as Sistinas, Mechanismz, and Hive. They’re all powernoisey labels but it’s more like a small family that all support each other.

For anyone out there who wants to do this: do it. You make your own opportunities in life, so stop fucking around if you want something and get to it.

And that’s one to grow on, bitches.