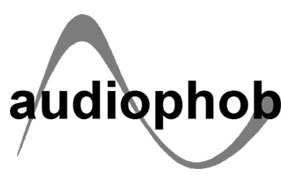 “Serving you with best industrial-ambient music since 2004.” is the motto of this small experimental music label founded by Mirko Hentrich (of Spherical Disrupted) and Carsten Stiller (of Alarmen). For four years they have worked to do just that, both as a ‘conventional’ record label as well as, more recently, a netlabel.

1 – How and why did you come about starting Audiophob?

Mirko Hentrich: We both released some CD-Rs and contributed to compilations with our own projects (‘Spherical Disrupted’ and ‘Alarmen’). Then we wanted to make it more professional and so we teamed up. With Audiophob we want to release our own music but also other projects that fit to our label concept of ambient and electronic music.

2 – When you started Audiophob, were there any labels that you could say were a reference/inspiration for your efforts?

MH: Another reason to start our own label was the fact that there was no other label we could refer to and that exactly match with our expectations. Of course there are many labels that we like and which inspired us in some way.

3 – Almost mandatory question, how did the name “Audiophob” come about?

Carsten Stiller: When we decided to start our own label, we didn’t have an idea for a name for quite a while. I thought about a lot of names, but none seemed to fit to our idea of the label. Then, at some point, I thought about “audiophiles” who crave for the “perfect, clear sound” and do a lot (even crazy) stuff to get it. Our label somehow should in some terms be the opposite of that: the listener should also enjoy the not-so-perfect sounds: crackling, whistling, humming etc. – so the opposite of “audiophil” seemed a good choice for the name. Another, but in the first place accidentally meaning of the name is a parallel to “Hören mit Schmerzen – Listening with pain”. Not intended – but I quite like it.

4 – Since the inception of Audiophob, are there any events in the history of the label that you’d consider as particularly relevant, from difficulties and setbacks to successes?

MH: Due to the fact that Audiophob is a young and small label our history is not that big. Of course there were some minor difficulties but no real setbacks. The biggest success for me was the last Maschinenfest in Krefeld, where I played with “Spherical Disrupted”. I never had a big audience like that before. It was big fun!

5 – So far what would you consider as special highlights (or successful) releases and artists in the history of Audiophob?

MH: Like I said before: There’s no long history. But of course every release and artist is a highlight!

6 – Are there any releases in particular that you would recommend as good ‘introductory material’ to the Audiophob label?

MH: The best way to get an overview of our music is still our first compilation called “-∞dB”.

MH: Maybe only some minor things.

CS: Hmmm, there are a few minor things I would do different now on the one or other release, but I don’t really regret them. One example is the release of “Auf Tauchfahrt” – the first Mandelbrot album on Audiophob. We planned to release it on the weekend of the Forms of Hands festival 2005 but we needed more time than we thought for mastering, layout etc. so everything came together just a few days before the festival. When the CDs arrived from the pressing plant they weren’t printed as expected but there was no time left to get a new pressing, so we sold them anyway. After that we tried to schedule more time for each release so that it is as expected in the end. Ironically the next CD by Mandelbrot – “Thorns”, that just has been released was also a misprint the first time. But we decided to wait with the release and now I’m quite happy with the outcome – and I hope everyone else is too.

8 – An obvious question, but what is Audiophob’s ‘relationship’ with the Internet? From promotion tool and digital sales to file sharing and piracy, how has it affected you?

MH: The Internet is very important for Audiophob. It’s a simple and cheap way to get in contact with the people who like our special kind of music. It is not music for the masses and so it would be a difficult thing to promote our artists, releases and concert dates without the Internet. On the other hand the piracy is a real problem. When a new CD is available for download just the next day after we sold it for the first time, it’s very weird for us. We ask ourselves what kind of people are doing this. It’s obvious that they are visiting all the small industrial festivals and are inside the scene. It’s nearly impossible they don’t realize that the industrial labels are no big majors and do not earn lots of money. We don’t sell that many CDs and so they damage our small independent scene with this behaviour. I hope that they will realize this sometime.

CS: Like no other technology or invention before the Internet is showing how everything has a good and a bad side. Like never before one is able to share inspiration and ideas with others, neither time or space seems to be a barrier any more. But it also increases the need to think about what you are doing, especially in case of your own privacy, that’s a fact a lot of people haven’t realized. For the piracy issue: I can’t exactly say how much we lose because of illegal downloads, not only because the argument of a higher publicity can’t be denied. But it’s a pity that people don’t see a release in whole as an art object, including the physical medium, the layout and so on. Especially in our scene, where the artwork itself is often one-of-a-kind and very amazing I can’t understand how one can be satisfied with a digital copy of a part of such an art-piece.

MH: Audiophob is a netlabel too. We make releases that are only available as a download on our website. It’s a good thing for people who are interested in our music.

CS: You shouldn’t think I don’t like MP3s after what I said in my last answer. I see digital releases as an own, quite new and exciting art form. If an artist decides to release his music as MP3 he chooses another medium to get his music to the listener. It’s obvious that net releases might bring your music to a whole new bunch of people who otherwise wouldn’t know about that particular kind of music. So it’s also a kind of “what do I intend with my release” question for the artist. I can say for my own project ‘Alarmen’ that net releases are a good way to try out ideas beneath the main concept, that otherwise possibly would not work on a CD release. The reactions to my last net release “A ghost and a bottle of wine” were quite mixed, but that’s the idea behind it: if you don’t like it, delete it, otherwise keep it on your hard disk.

10 – Perspectives for the future, what lies in the horizon for Audiophob? Can you share some long-term goals and where would you like to see the label heading to?

MH: Our goal is just to release more fine music.

MH: Of course our friends of the Le Petit Machiniste Label!

MH: To everyone who likes our kind of music: Support the music you like. Go to the live events and buy some CDs and records. All the small and idealistic labels and musicians will be thankful!

CS: To everyone who doesn’t like our kind of music: You don’t know what you are missing.